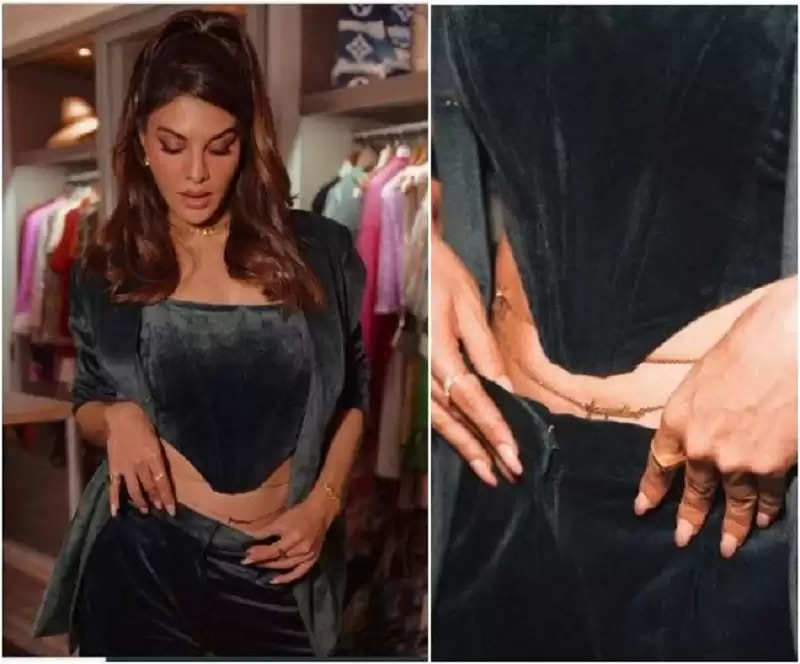 Jacqueline Fernandez Co-ord Dress: Jacqueline is always seen in a stylish look. Be it movie promotions or award functions, you will always find Jacqueline in a glamorous look. Recently she was seen in a black co-ord set.

Jacqueline Fernandez Co-ord Dress: Jacqueline Fernandez fans are in awe of her fashion sense. Whenever this actor gives public appearances, his style statement is worth watching. Jacqueline's stylist Chandni Whabi recently shared some pictures of the actor's latest look. In the pictures, the actress wore designer Ankita Jain's creation, an all-black co-ord set. The co-ord set featured a spaghetti tube top with an asymmetrical hemline, wide-leg trousers, and a matching velvet blazer.

Just a few days back, Jacqueline Fernandez posted the picture on Instagram. In it, he was wearing a beige co-ord set. The spaghetti crop top had straps and buttons at the front. The actor teamed it up with a midi skirt with a thigh-high slit. She styled the look with a pearl choker, bracelet, and studs. The hair was left open by curling it.

Jacqueline chose a chick LBD (Little Black Dress) for the promotion of her film 'Attack'. The neckline of this strappy mini dress had white detailing. With this dress, she teamed up with statement earrings, black heels, and a black handbag.

All-black attire can never be out of fashion. Black dress is liked by all and it is especially a favorite of Bollywood celebrities. Be it Deepika Padukone, Sonam Kapoor, Alia Bhatt, or Malavika Mohanan... all of them have been seen in the black trend many times.