In Mahabharata, Shri Krishna had given death to these warriors without taking up arms, click here to know more! 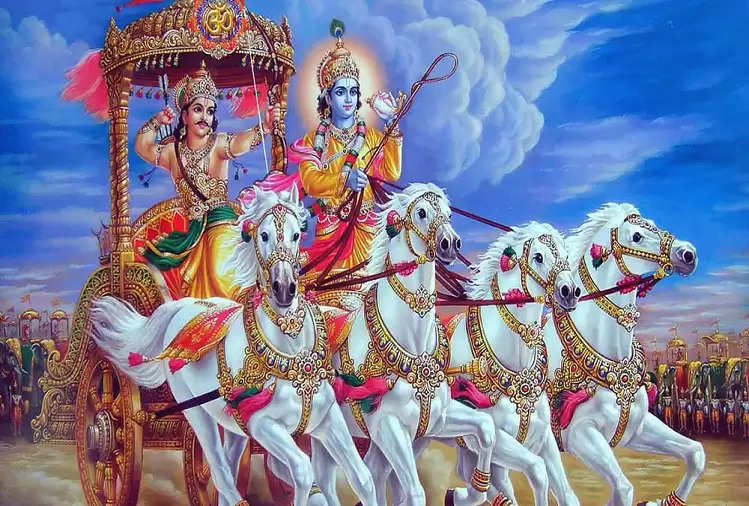 Whenever there is a burden of evil on the earth, whenever evil has tried to dominate itself by breaking its limits, sometimes to defeat the evil one has to resort to deceit.

But friends, do you know where in the world the deceit first came from? If not, then tell that according to the Puranas, this deceit was started by Lord Krishna in the Mahabharata era. 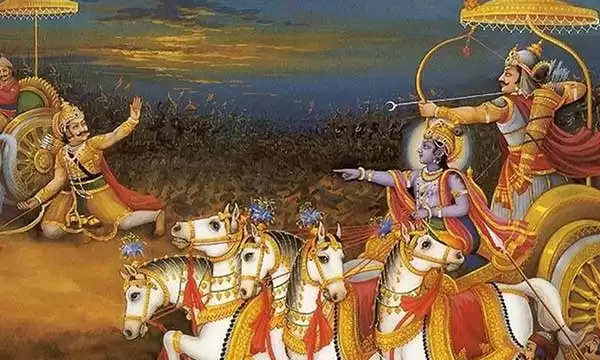 Shri Krishna is considered to be the architect of the victory of the Pandavas. According to Lord Gita, when Arjuna started losing his courage after seeing his family members on the battlefield, Shri Krishna gave him the knowledge of Gita. Shri Krishna told Arjuna that it is not a crime to resort to deceit and deceit to destroy the unrighteous. With the help of this deceit, Lord Krishna defeated many brave warriors without weapons during the Mahabharata war.

Shri Krishna had already told Karna about his death, he said to Karna, 'I know that it is not right to cheat with you because you are a true warrior but you cannot be defeated without deceit, this is your strength. .' And after this, as soon as the wheel of Karna's chariot hit the ground on the battlefield, Shri Krishna asked Arjuna to strike Karna. And thus Karna was defeated.

Defeating Guru Drona was not an easy task, but he was bound by his son's attachment, which was taken advantage of by Lord Krishna on the battlefield, Shri Krishna asked Yudhishthira to shout on the battlefield that "Ashwathama is dead", on hearing this, Guru Drona fell on his knees on the ground and was killed by the Pandavas. In fact, Yudhishthira was referring to an elephant named Ashwathama. Dronacharya's son's name was also Ashwatthama.

Bhishma had the boon of euthanasia. Because of this, no man could defeat him. Whereas Bhishma did not raise weapons on any woman. Therefore, Shri Krishna took the birth of Shikhandi as the cause of Bhishma's death and brought him to the battlefield. 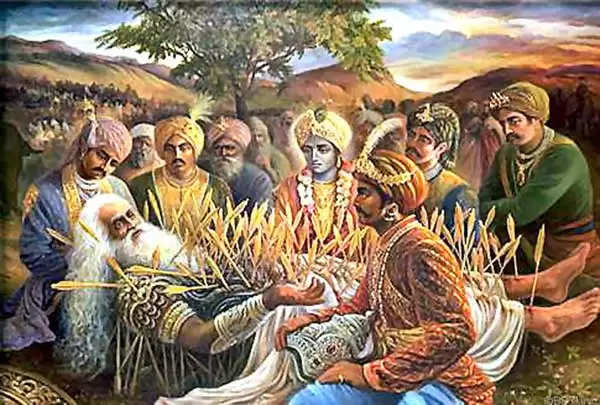 Arjuna had vowed to kill Jayadratha before sunset, otherwise, he was ready to commit suicide. For this reason, Shri Krishna hid the sun under the clouds through Yogamaya, due to which Jayadratha felt that the sun had set and he came out fearlessly, and then the sun came out from behind the clouds and thus Arjuna killed Jayadratha.