How accurate is it to test only cholesterol to check for heart attack? Click here to know 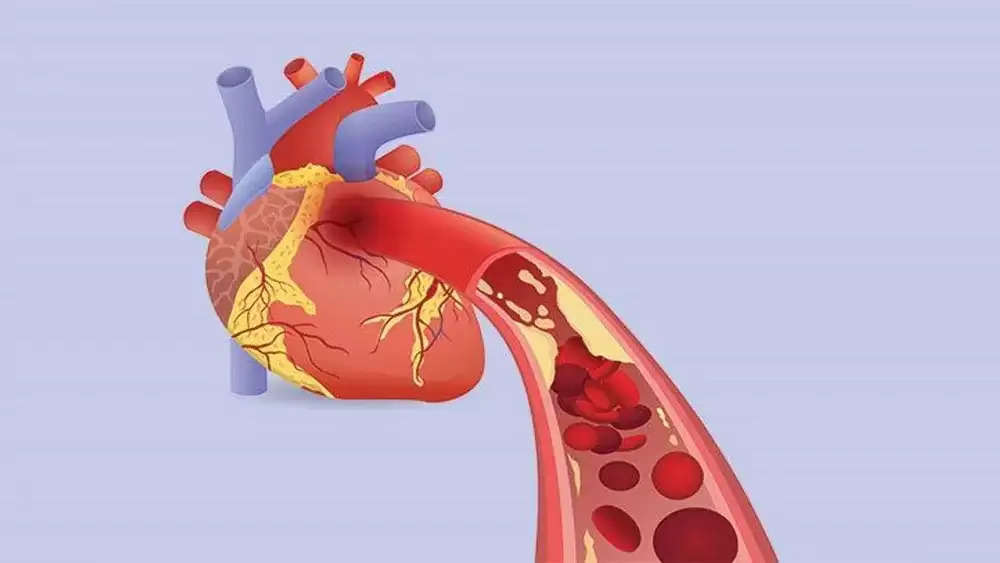 There was a time when heart disease was seen only in the elderly, but due to bad lifestyle and eating habits and then due to the corona epidemic, cases of heart attack are increasing among the youth too. People who are physically fit are also becoming victims of a heart attacks. In the past, we saw that actor Siddharth Shukla, Kannada actor Puneet Rajkumar, singer KK and comedian Raju Srivastava died due to heart attack and cardiac arrest. All these people looked fit and used to exercise regularly, but still they died due to heart disease.

Much research shows that the cases of coronary heart disease have increased significantly in the last two years. Experts consider Kovid to be a big factor behind the rise in heart disease. According to doctors, many people have had blood clots in their heart arteries due to Kovid. There is a problem in the functioning of such a heart, in the medical language, it is called a thromboembolism. In this condition, due to blockage, there is a blockage in the supply of blood to the heart. Which leads to a heart attack. This problem is being seen more in those people who are battling long covid.

Experts also give another reason behind the increasing cases of a heart attacks. This is not knowing the symptoms of heart disease. According to experts, more than half of people are not aware of the symptoms of heart disease. Due to this, the disease is not taken care of in time. In such a situation, gradually the situation keeps getting dangerous, and then the attack comes. Apart from this, people also make the mistake that they rely only on cholesterol tests to check for heart diseases, while it is not so.

Heart disease can occur even if cholesterol does not increase

Dr. Chinmoy Gupta explains that most people do only cholesterol tests to check for heart disease and if the cholesterol level in the body is right then they understand that there is no risk of heart disease, whereas it is wrong. There are also many cases where cholesterol level is normal in the body, but still blockage has been found in any artery of the heart. In such a situation, it is necessary that other tests should also be done to check the heart. Coronary CT NGO test and treadmill test are very good for this. With these, any blockage in the artery of the heart is detected, so that the patient can be treated in time and a heart attack is prevented.

Testing of triglycerides is also necessary

Dr. Gupta says that the level of cholesterol is detected through the lipid profile test in the heart. This test also gives information about another thing, which is called triglycerides. This is the amount of fat present in the body. If triglycerides are more than 200 then it can become a big risk factor for heart disease. This is because the arteries can become stiff due to their increase. This increases the risk of stroke, and heart attack.

In such a situation, it is important that apart from cholesterol, the level of triglycerides should also be monitored. But many times it is seen that people are not even aware of this. Their only cholesterol is known, while it is also the case that even if the cholesterol is normal, triglycerides can increase, which increases the risk of a heart attack in the future. In such a situation, it is important to pay attention to it as well. If it is around 200, which can be easily controlled with a good diet and regular exercise. If it is more than 400, consult a doctor and start treatment.

There are many reasons for heart attack

Even if a person looks fit, he may have a heart attack. This is because the occurrence of heart disease depends on many things. If a person has this disease in his family, then it can go from one generation to another. People who smoke more or have a lot of alcohol consumption are also at risk of heart disease.

In today's era, the problem of metal stress has also increased a lot. Heart disease can also occur because of this. In such a situation, it is necessary that if this factor is associated with a person, then he should take special care of his health and get a heart test done with the help of a treadmill test. In today's era, all people above 35 years of age should have a body test at least once every three months. If there is unexplained fatigue or there is a problem of breathlessness, then get tested especially for heart disease.