Health Tips: If you are troubled by lack of sleep then do Chandra Namaskar 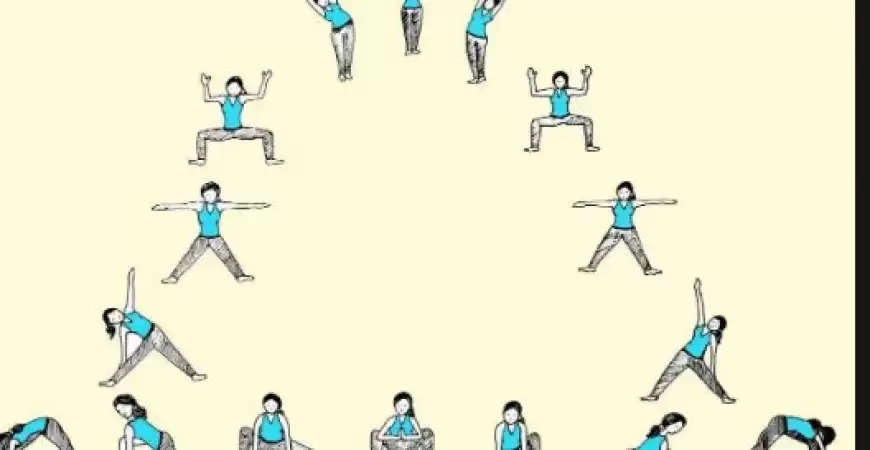 Every year June 1 is celebrated as 'International Yoga Day. It was started in 2014 and at the same time, it was officially announced by the United Nations General Assembly. Its purpose is to create awareness about yoga among every common and special people. Today we are going to tell you about yoga, by doing which sleep comes good and the problem of insomnia goes away.

With the help of yoga, you can overcome the lack of sleep. For which you have to adopt a special method. We all must have heard about 'Surya Namaskar', but you must have known about 'Chandra Namaskar'. This asana gives great relief to the body and mind.

Method of Chandra Namaskar- For your information, let us tell you that, first of all, stand on a mat on the ground and keep your hands in front of the chest in the posture of salutation while looking towards the moon. After this, while taking a breath, open your hands and move them from front to back, in this sequence, look towards the sky.

Now try to touch the earth to take the hands out of the breath and take the head as close to the knee as possible. After this, take the left leg backward and now take the right knee forward. Now in the posture of salutation, move the hands backward, lift the chin up and stretch the body, raise the hands and inhale and then while exhaling, bring both your hands down and while pulling the right leg back and return to position. Then move the middle of the body upwards and then stop at the bottom.

After this, touch the hands, feet, knees, head and chest, and all the organs on the ground and stay in this position for some time.

Now while inhaling and raising the chest try to straighten the arms and look at the sky. After this, while exhaling, apply the heels to the ground and raise the hand in the middle of the body and keep the head down, then apply the chin to the neck. While inhaling, bring the left leg and both the hands in the middle. Now keep the waist down and take the neck back.

After which once again bring the hands in front of the chest in a greeting posture and then move them back, lift the chin and take the back and head back while pulling the hands towards the sky.