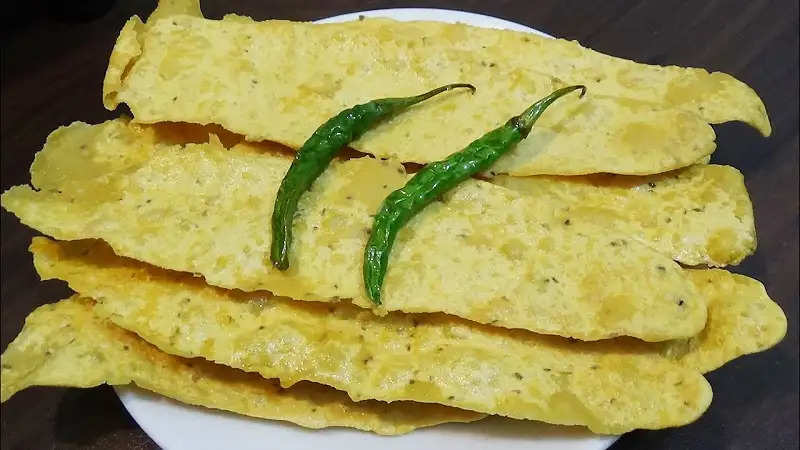 If you also want to taste Fafda full of Gujarati flavors, then our given recipe can help you a lot. It is very easy to make Fafda and not many ingredients are used to make it. Let's know the method of making Gujarati Fafda. 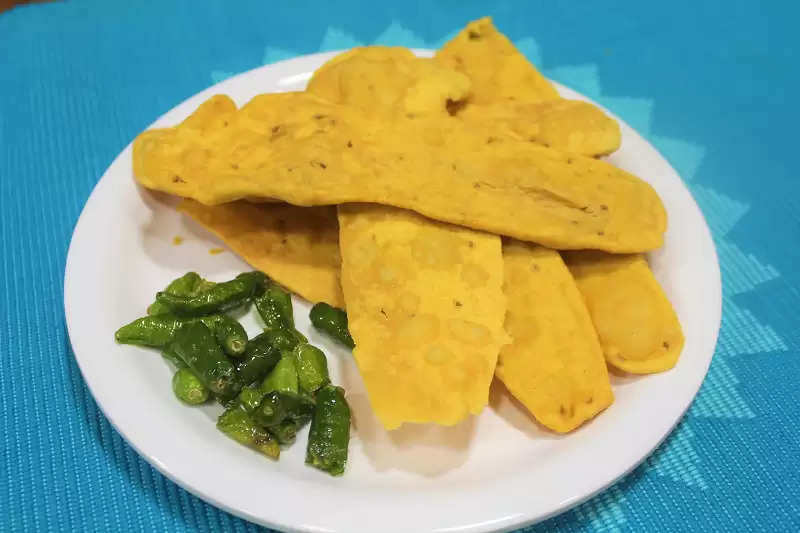 Gujarati Fafda Recipe
To make Gujarati-style fafda, first, sift gram flour in a big bowl. After this add celery in gram flour and mix. Now add half a teaspoon of turmeric, 1 teaspoon of oil, and a pinch of baking soda to it and mix it all well with gram flour. Now take lukewarm water and knead the gram flour while adding it little by little. Keep in mind that gram flour should neither be too hard nor too soft.

After kneading gram flour, prepare balls of equal proportion and cover them with a cotton cloth. Now take one ball and roll it long instead of round. If the dough is too long, then cut it into two pieces and keep them separately on a plate. In the same way, roll out the puffed rice from all the balls. 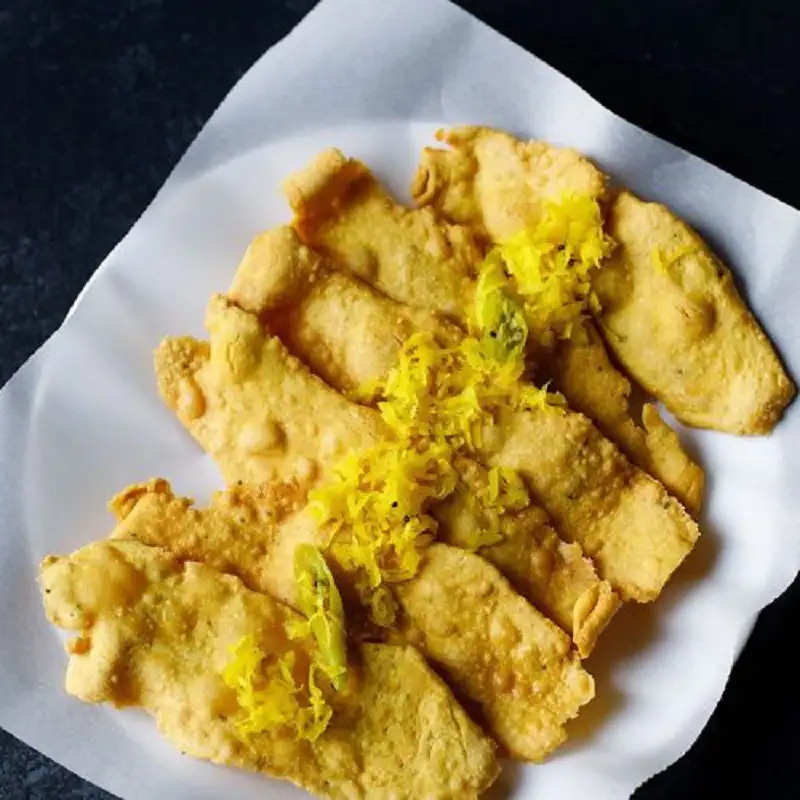 Now put oil in a pan and keep it on medium flame to heat. When the oil becomes hot, according to the capacity of the pan, put the rolled puffed rice in it and deep fry them. Flip the fadas and bake them for 1 to 2 minutes so that they become golden and crispy from both sides. After this, take out the lungs on a plate. Similarly, fry all the lungs. Now serve hot fafda with curry and green chilies.