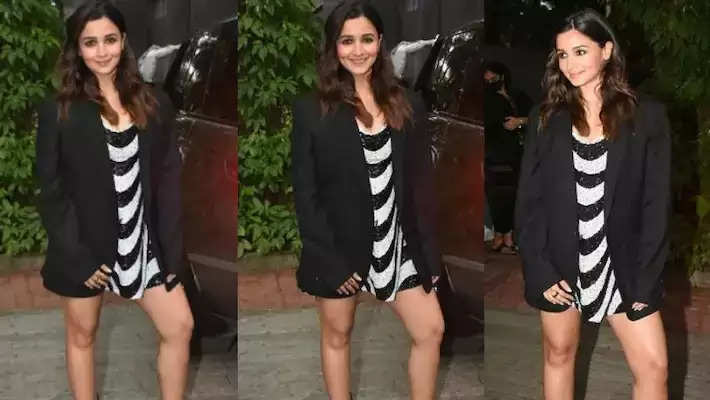 Ranbir Kapoor's wife and Bollywood actress Alia Bhatt are enjoying her pregnancy period these days. However, in the meantime, she is also busy promoting her upcoming film 'Darlings'. During this, she is carrying such outfits in which her baby bump is not visible. Recently she appeared at an event in a black and silver shimmery midi dress. To complete her look and hide her baby bump, Alia opted for an oversized blazer over this dress. Alia herself told that this blazer belonged to her husband Ranbir Kapoor. 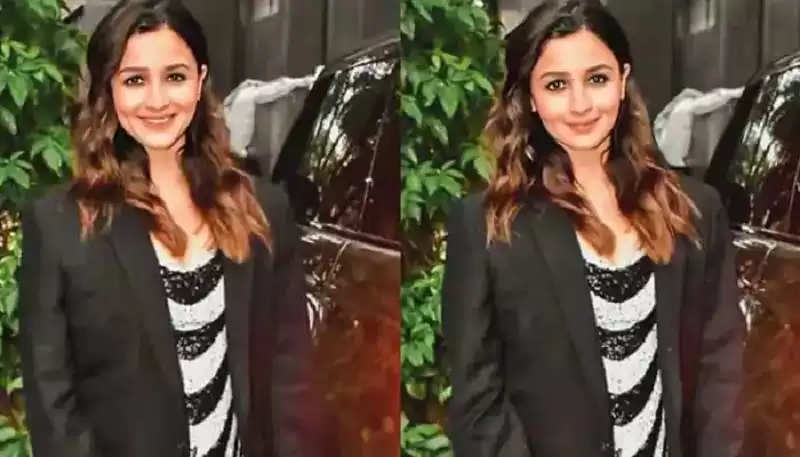 Post won the hearts of fans and celebs
Alia shared a post on social media in this sequin dress and oversized blazer and wrote, 'Husband is out so I stole his blazer to complete my look. Thank you my darlings.' Everyone is praising this look of Alia. Her sister-in-law Riddhima Kapoor commented, dear. So their mother Soni Razdan posted a laughing emoji. Apart from this, many users and celebs are also laughing at Alia's caption. One user wrote, 'So what happened? Ranbir too has stolen your heart. 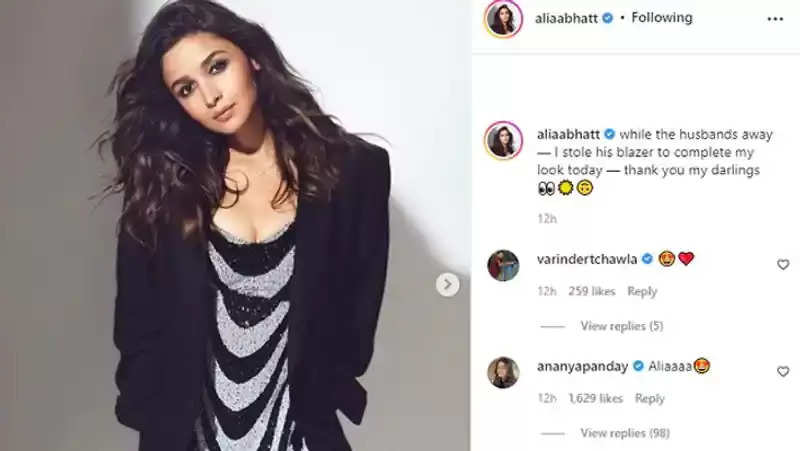 But got trolled about heels
A video from the event is also viral on social media in which Alia is seen wearing heels. Many fans have trolled her for this. One wrote, 'Baby don't wear heels in pregnancy, while one wrote, 'Coat without pants.. what fashion is this?'. Let us tell you that earlier during the movie trailer launch, Alia was seen wearing heels with a yellow color dress.

Ranbir Kapoor busy with 'Animal' and Luv Ranjan's film
These days Ranbir is busy shooting for the film 'Animal' and Luv Ranjan's untitled film. So they are not present in Mumbai. At the same time, Alia is promoting her film in Mumbai. Let us tell you that Alia and Ranbir got married on 14 April 2022. In June 2022, Alia announced her pregnancy by sharing a photo on Instagram.