Bizarre News : Know when and how the sun will end 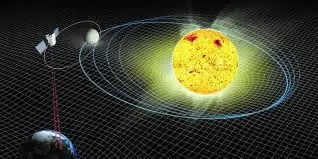 Many such incidents happen in the day in space, knowing about which even scientists are surprised.

Scientists have now predicted on the basis of research when will the death of the Sun happen. What will it look like after the end?

The sun is located about 150 million kilometers away from the earth, according to a report, the sun will die after five billion years.

At this time half of the age of the sun has passed, and scientists have expressed hope that the sun will turn into a red star.

The Sun's core will shrink and in the process the Sun's outer layers will reach the orbit of Mars, encircling its planet Earth

When the Sun will be like this, there will be no humans left on the earth.