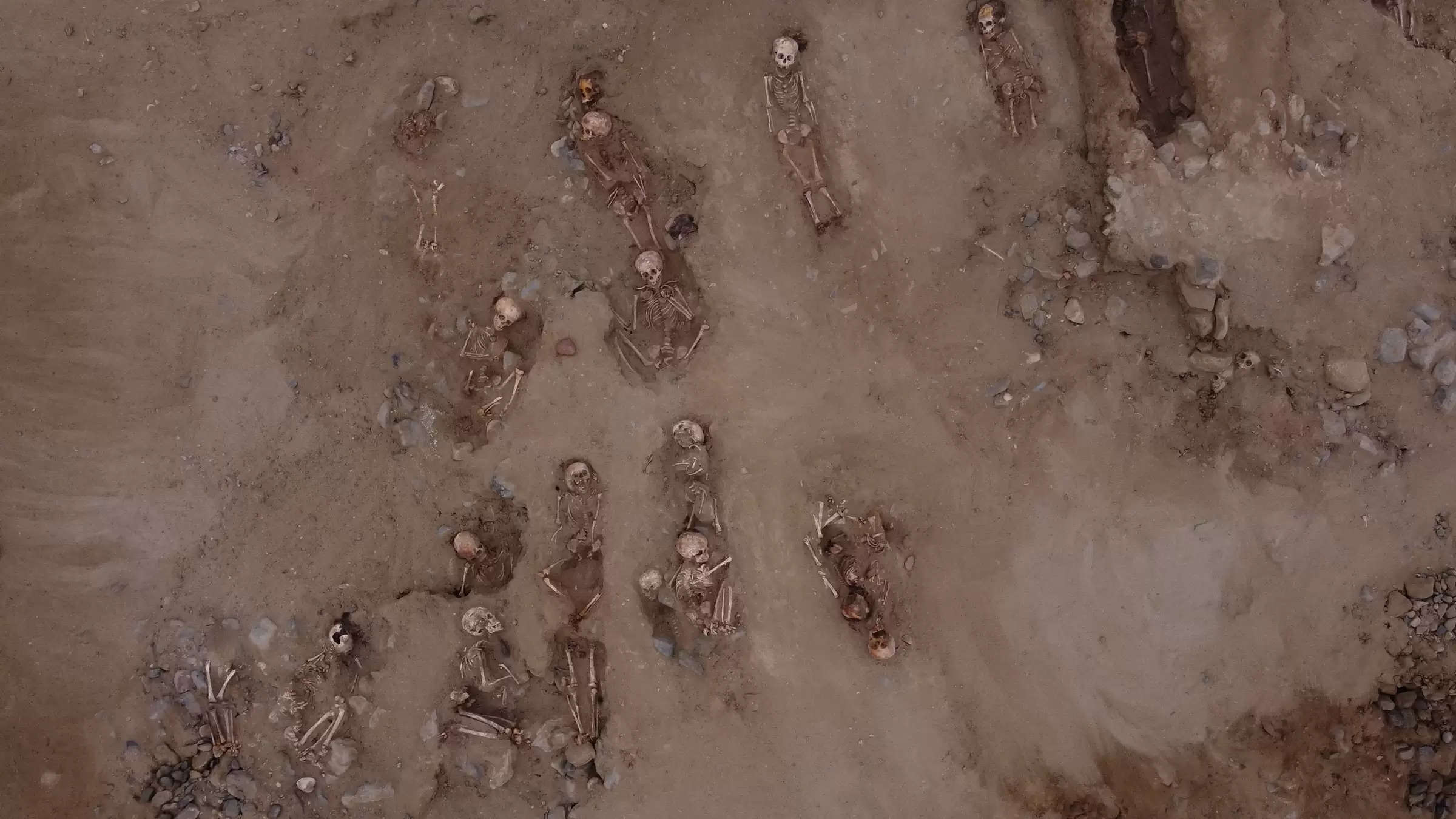 Archaeologists have discovered the skeletons of dozens of children in the South American country of Peru.

Skeletons of 76 children have been found here who were sacrificed.

Archaeologists have raised the possibility that many more skeletons may be found.

Excavations are being conducted at Pampa La Cruz near Joe Huanchaco, Peru.

The excavation is being led by Gabriel Prieto, assistant professor of anthropology at the University of Florida.

They say that seeing the skeleton, it is known that the children's heart was taken out.