Belly Fat: Many diseases can be caused by belly fat, experts told ways to reduce it 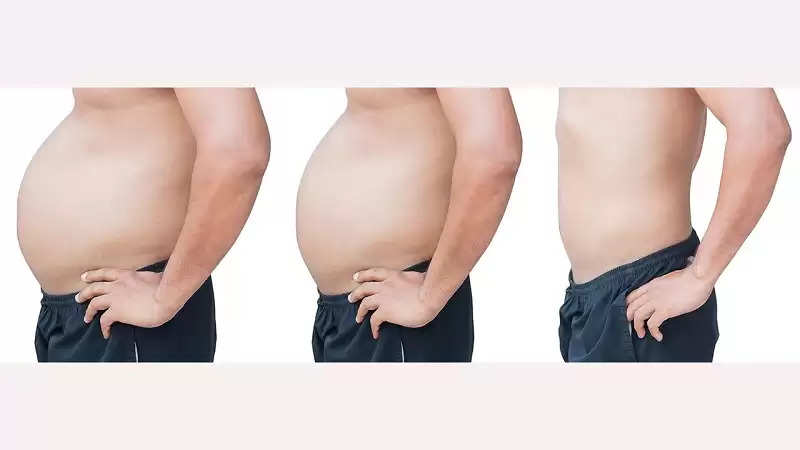 Experts say that the presence of fat causes the release of retinol-binding protein-4, a deficiency of which can lead to increased blood sugar levels in the body, which can also lead to serious diseases like heart disease, fatty liver, stroke, and dyslipidemia.

West Bengal Chief Minister Mamata Banerjee commented on the enlarged abdomen of a TMC worker during an administrative meeting. Mamta Banerjee told about the serious consequences of belly fat. Also, talked to the party worker about belly fat and the health problems caused by it. Mamata Banerjee said, ‘The way your stomach is growing, you can fall ill any day. Are you unwell?’ Mamta asked the worker what kind of exercise he does. To this, the worker replied that he does ‘Anulom Vilom and Kapal Bhati’ regularly. After this Mamta Banerjee advised him that he would not be able to reduce belly fat just by doing Pranayama.

TV 9 talked to experts in this matter. Also, asked him how belly fat can be reduced and can it be reduced with the help of pranayama?

Wellness Coach and Functional Nutritionist Manjari Chandra gave detailed information about this. He told that when a person consumes carbohydrates and proteins in excess quantity, then it gets converted into fat and this fat gets deposited around the stomach. He told, ‘Fat present around the stomach is also called visceral fat. There is no limit to how much fat can be stored here. This is the reason why it is extremely dangerous.

HOD Dietary Services Sweden Trinidad at PD Hinduja Hospital and MRC also gave information on this matter. He explained that fat in the intestine is about 10 percent of the fat present in the body and it is present in the peritoneal cavity, which is wrapped around important organs such as the liver, pancreas, intestine, and abdomen and on them. exerts pressure. However, he said, ‘The reason for the protruding belly can also be fat stored in the skin. It is not necessary that it is just fat stored in the intestines.

There is a connection between type-2 diabetes and fatty liver due to fat stored in the intestines.

The good health of a person is not only determined by the absence and cause of disease, but also by the amount of fat stored in his body and its condition. Trinidad explained that the presence of fat triggers the release of retinol-binding protein-4, which is related to insulin resistance in the body. Due to its deficiency, the level of blood sugar in the body has started increasing. Because of this, serious diseases like heart disease, fatty liver, stroke, and dyslipidemia can also occur.

He said, ‘Whether you are a diabetic patient or in the pre-diabetic stage, the fat stored in the stomach is related to insulin resistance. Apart from this, it also indicates heart disease, type 2 diabetes, stroke, and dyslipidemia.

Can fat be reduced with pranayama?

Chandra told that belly fat can be reduced with the help of pranayama. “Deep breathing exercises help the body get enough oxygen and help tissues reach well-oxidized levels,” he said. This increases the metabolism of the person exercising. In such a situation, pranayama helps in reducing fat. However, he also said that fat cannot be reduced with the help of Pranayama alone. For this physical exercise and a controlled diet are also necessary.

Trinidad elaborated, ‘Fat stored in the intestines can also be related to hormonal imbalance. Women can be advised to do pranayama and yoga to reduce stress and maintain hormonal balance due to an increase in stress hormones. There is no doubt that with the help of strength training and cardio, fat stored in the stomach can be reduced in a surprising way, but pranayama also plays an important role in this.

He said, ‘It has been found in many studies that doing yoga for just one hour starts having an effect on the fat stored in the intestines. With yoga asanas and deep breathing, gradual changes in metabolism also start to be seen.