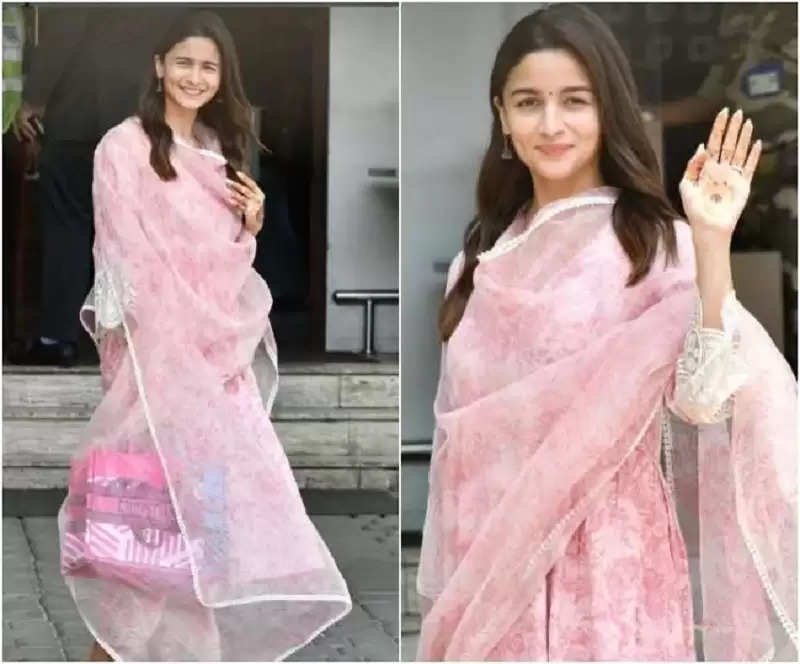 Alia Bhatt Airport Look: Do you remember Alia Bhatt wearing a beautiful pink suit when she arrived at Kalina Airport to catch a flight? If you have also liked this suit, then we are telling you its price and brand name.

Alia Bhatt Airport Look: Alia Bhatt appeared on Tuesday for the first time after tying the knot with actor Ranbir Kapoor. Alia Kalina was seen at the airport, where she was leaving for the shooting of her next film. The star chose an elegant floral print kurta set for her airport look. His pictures and videos from the airport instantly went viral. Fans were struck by Alia's simple yet elegant style.

On Tuesday, Alia Bhatt reached the airport and started posing for the camera. She wore a blush pink floral kurta and palazzo set for her first appearance after marriage. The new bride looked lovely in minimal makeup and a pink suit.

If you have your heart set on this chic suit set by Alia, then we can give you the complete details.

This pink suit set is from the Indian traditional clothing label Devanagari. You will find this suit on their website and its cost is Rs.18,500. This suit is perfect for the summer season. You can also search for this suit on the site by the name of Blush Pink Block Printed Kota Kurta Set.

This suit set consists of a pink-colored kurta with finely embroidered V-neck and organza sleeves. Its fit is loose. Alia styled it with a printed blush pink organza dupatta and palazzo pants. With this, she wore Mojdi sandals and carried a bag of Christian Dior.

Let us tell you that Alia has left for the shoot of her next film 'Rocky Aur Rani Ki Prem Kahani'. She will be seen opposite Ranveer Singh in this film. Alia and Ranbir got married on 14 April after dating for 5 years. The two tied the knot in a traditional Punjabi ceremony at Ranbir's Pali Hill house 'Vastu' in the presence of close friends and family members.