After death, the soul has to face these scary things! research revealed 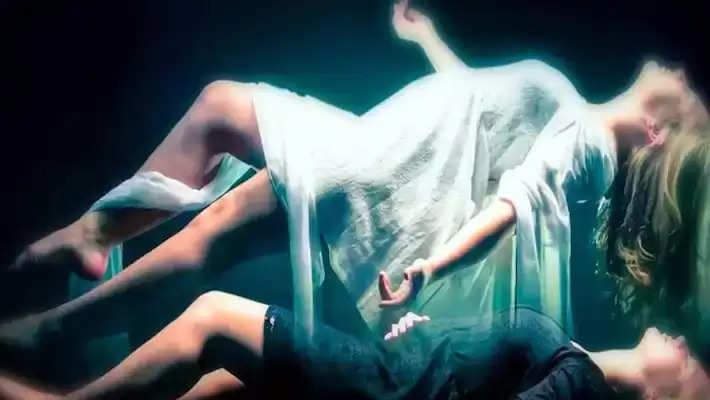 What happens after death... What feelings remain during death. Many questions keep floating in our minds. Because one day we all face this. Let's try to know what people look like after death.

It is said that death is the biggest truth. No one has escaped this. But what happens at the time of death and after it? The answer to this question has not yet been found. However, there are many types of things told in religion. But on the scale of science, the questions related to this subject are still not known. But there is a lot of research going on on this. However, some people who have come back to life after medical have told their experiences, which shows what happens after death.

Alertness felt in 40 percent of people

Dr. Sam Parnia, Associate Professor of Medicine at NYU Langone Medical Center UK, also joined the research. They searched for cardiac arrest patients and found that 40 percent of people who died medically felt some level of alertness. Let us know the experiences of some people-

Story 1: I was having an angiogram, looking at the screen, and talking to the doctor. The alarms went off and everyone panicked. The world in front of my eyes became blurred and everything became dark. The next thing I remember was opening my eyes and hearing a Dr saying 'we took him back. It was a peaceful feeling more than anything else.'

Second story - I fell during a class presentation. My breathing and blood flow had stopped. I felt like I had fallen into a never-ending hole. My friends are crying out for help. I was resurrected. After that, I don't remember anything. My heart stopped working after taking heroin. It felt like I was dreaming.

Story 3: I fell during a meeting in February 2014. For five minutes my pulse rate and heart stopped working. My last memory was one hour before the incident and the next memory was two days later. I went into a medical coma. I had forgotten everything for about 40 seconds. What I realized at that time was very different and pure.

The person who came out of the mouth of death further said, 'I remember a little bit of the time when I was being taken in an ambulance. I was looking at my dead body lying there. I remember the EMT who was with me in the ambulance (who I didn't see before I died), he had green hair. Then I found myself standing in front of a big wall of lights. It was spread everywhere. After that, I don't remember anything. After this, my next memory is of the hospital. There was deep fog all around me and there I saw my special friend. He told me I couldn't go yet, that I had to keep trying, and that if I promised not to give up, he would see me back on earth. I agreed without a word, and I was immediately pushed into my body and regained consciousness.' When I regained consciousness, my mother told me that you were dead.

The user told that I do not remember what happened after fainting. But was able to remember in detail the things that happened when I was 'dead' on the other side of the room.