Iron helps keep our bodies healthy. Iron deficiency in the body increases the risk of anemia (lack of blood in the body). It occurs when the rate of destruction of red particles or cells in the body's blood is greater than the rate of their formation. Anemia is most common in the age between adolescence and menopause. Iron deficiency can lead to many health problems ranging from poor immunity to hair loss. This problem is common in women. To overcome iron deficiency, we should consume more foods rich in iron and nutritional properties. So let us tell you today about some such foods in which iron is found in good quantity. 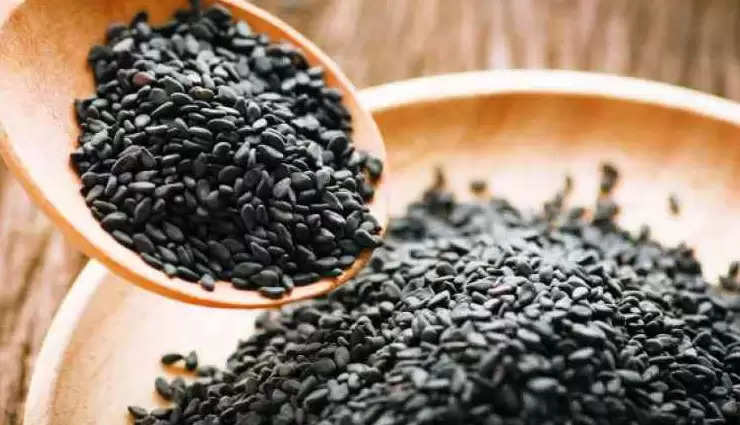 There are 3 types of sesame. White, black and red. According to Ayurveda, black sesame is the best among all sesame varieties. Sesame seeds are rich in iron, copper, zinc, selenium, and vitamins B6, E, and folate. Take about 1 tbsp of black sesame seeds, dry roast them, add one spoon of honey and ghee to it, and make a ball. Consume this nutritious ladoo regularly to increase your iron levels. Apart from this, the consumption of black sesame gives strength to the brain cells and muscles. Vitamin-B complex and protein are abundant in sesame. Black sesame also reduces the effect of aging. In any stage of piles, grinding sesame seeds and mixing them with butter is beneficial. Chewing sesame seeds strengthens the gums. 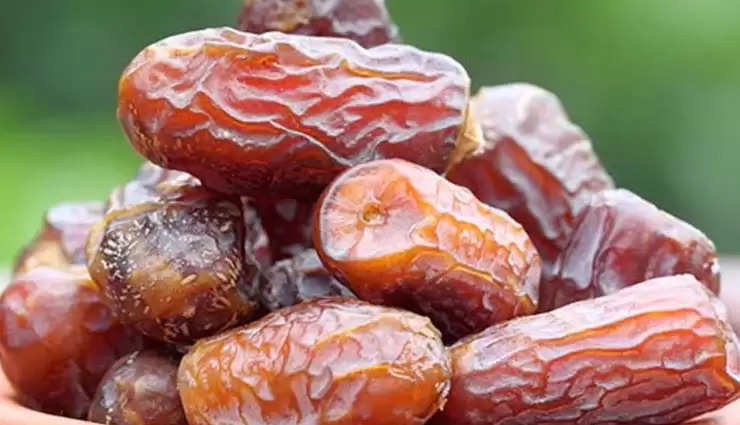 Dates are rich in calcium, selenium, manganese, and copper. You can have 2-3 dates as a snack or with your breakfast. The salts present in dates also work to strengthen bones. By eating dates, our body gets fiber, which also provides relief in the problem of constipation or acidity. Doctors say that eating dates helps a person sleep well. Eating dates releases a hormone called melatonin from the body and this hormone is largely responsible for good sleep at night.

spinach contains a sufficient amount of anti-oxidants. By including spinach in the diet, you can avoid many health problems. The elements found in spinach are mainly calcium, sodium, chlorine, phosphorus, iron, mineral salts, protein, iron, vitamin 'A', and vitamin C in abundance. Spinach is considered the best source of iron. Apart from this, spinach is very beneficial for diabetics, it prevents the formation of excess glucose in the body. You can consume spinach in the form of vegetables, salad, and soup. Due to the calcium and anti-oxidant properties in spinach, it also makes bones strong. Spinach is counted among the nutrient-rich vegetables that are rich in nitrates, which may help reduce the risk of death due to stroke and heart attack.

Pomegranates are rich in fiber, vitamins K, C, and B, iron, potassium, zinc and omega-6 fatty acids, and many more. Due to the iron present in pomegranate, anemia can be overcome. Apart from this, pomegranate helps in keeping the blood flow smooth by purifying the blood. Consumption of pomegranate is very beneficial for pregnant women. Due to this, there is no loss of blood and at the same time, this amount of water also remains in the body. Eating pomegranate does not increase cholesterol. Due to which the risk of heart disease is reduced to a great extent. Consumption of pomegranate proves to be very helpful in reducing Alzheimer's disease.

Guava has a cooling effect. It is a panacea for many stomach ailments. Consumption of guava removes the problem of constipation. Consuming its seeds is also very beneficial for health. Guava contains a sufficient amount of vitamin C, which is beneficial in many diseases. The properties of iron and fiber are found in guava. Guava can also help in digestion as well as in removing the deficiency of hemoglobin. If your children have got worms in their stomachs then it will be beneficial for them to consume guava. If someone has a problem with bile, then consuming guava is beneficial for him too.

made from cereals in the diet, this will remove the deficiency of anemia. Iron deficiency is overcome by consuming whole grains. Because it contains a high amount of iron. Food made of wheat and semolina can be very beneficial to increase the level of hemoglobin.

provides an excellent source of beta-carotene, vitamin A, folic acid, calcium, iron, protein and fiber, vitamin C, several B vitamins, and contains blood-forming factors of various types. By grinding wheatgrass, extracting its juice, consuming it, the lack of blood in the body is completed. Its consumption prevents a person from becoming anemic. Taking 1 teaspoon (3-5 grams) of wheatgrass first thing in the morning improves your hemoglobin. Along with this, the consumption of wheatgrass juice keeps digestion fine. Many types of enzymes are found in it in large quantities. Which helps in the digestion of food in the body. Blood pressure remains normal by consuming wheatgrass juice. It produces effects similar to atorvastatin, which is known to reduce high blood pressure.

Olives are rich in vitamin E, vitamin K, iron, omega-3 and 6 fatty acids, and antioxidants. According to experts, 100 grams of olives contain 3.3 milligrams of iron. Iron deficiency can be overcome by its consumption. Olive consumption proves beneficial for diabetic patients.

By including seeds in the diet, iron deficiency can be overcome. Seeds of chia, pumpkin, flaxseed, etc. are considered very good for health. To overcome iron deficiency, you can use them by mixing them in snacks, salads, and vegetables.

Potato is one such vegetable that is used almost every day in every household. Raw potato contains 3.2 mg of iron. Potatoes are also a rich source of fiber, vitamin C, B6, and potassium. Iron deficiency can be overcome by including potatoes in the diet.

Red meat is high in iron. There is 2.7 mg of iron in 100 grams of ground beef. Red meat can be part of a healthy diet, but it should be consumed in moderation. Consuming too much red meat can lead to other health problems.

Quinoa is rich in iron as well as a high amount of protein. It is gluten-free. A 185-gram serving of quinoa contains 2.8 milligrams of iron.

, including tuna fish, haddock, mackerel, and sardines are also rich in iron. An 85 g serving of tinned tuna contains 1.4 mg of iron.

are rich in iron in beans, including lentils. It is also called the superfood key. 198 grams of cooked lentils contain 6.6 milligrams of iron. Due to the high amount of fiber in legumes, they fulfill the iron deficiency in the body as well as help in weight loss. 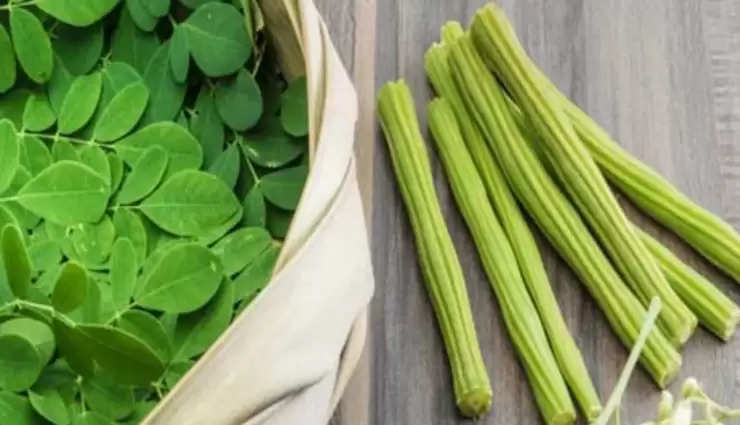 Moringa leaves are a powerhouse of iron, vitamin A, C, and magnesium. 1 teaspoon of Moringa leaf powder every morning on an empty stomach can increase your iron levels. Its consumption is considered to reduce BP. It even helps in weight loss. It is also very beneficial in heart disease. Also lowers cholesterol. In this way, drumstick can prove beneficial for your health. However, you must also consult a doctor. 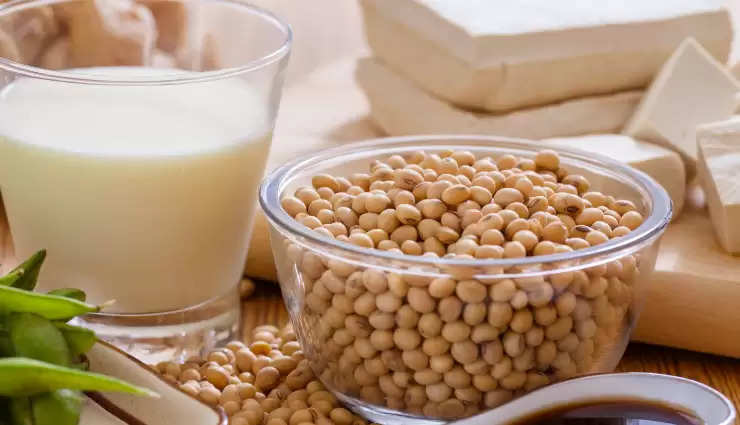 Tofu is considered a good substitute for protein and iron for vegetarians. 126 grams of tofu contains 3.4 milligrams of iron and 22 grams of protein. Tofu can be taken as a salad, vegetable, and snack. Tofu is made from soybean milk. It is rich in calcium and protein. Also, it is gluten-free. It is also very low in calories, due to which it is also effective in reducing weight. Tofu helps in reducing the level of bad cholesterol ie LDL cholesterol. Tofu contains isoflavones that have been shown to help protect against various types of cancer. According to a 2012 study by the National Cancer Institute, tofu is also effective in the prevention of endometrial cancer. Apart from this, it has been considered helpful in preventing breast cancer to prostate and lung cancer.