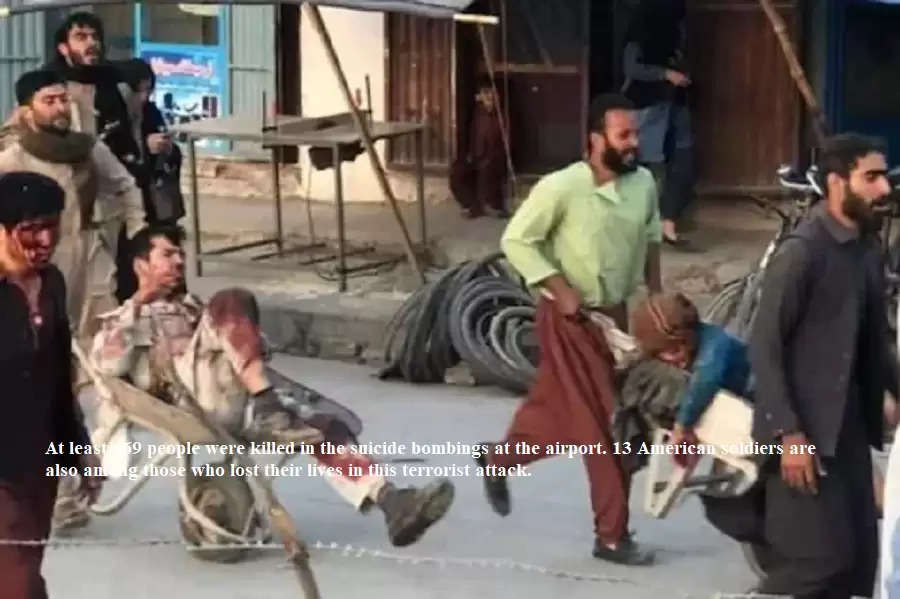 US Drone Strike ISIS-K: The Pentagon issued a statement saying that in response to the deadly bombings at Kabul airport, the US carried out airstrikes on the Islamic State hideout in Afghanistan. US officials have claimed to have killed the main conspirator of the Kabul bombing in this drone attack.


Washington. The US carried out drone strikes in the early hours of Saturday against a terrorist organization that calls itself the Islamic State (US Drone Strike ISIS). It is reported that America has retaliated against the blasts near Kabul Airport in Afghanistan. The Pentagon gave this information on Saturday. At least 169 people were killed in the suicide bombings at the airport. 13 American soldiers are also among those who lost their lives in this terrorist attack. The Khorasan model of Islamic State (ISIS-K) had claimed responsibility for these bombings. At the same time, America has expressed the possibility of another attack on Kabul airport and has urged its citizens to leave immediately.


According to the New York Times report, the army has carried out these attacks in Nangahar province. For security reasons, US citizens have been asked to leave 'immediately' through different gates at the airport. US Central Command spokesman Captain Bill Urban issued a statement, "US military forces conducted a counter-terrorism operation against an ISIS-K planner." Islamic State Khorasan claimed responsibility for the attacks on Kabul airport. US officials have claimed to have killed the main conspirator of the Kabul bombing in this drone attack.

Captain Urban said, 'This unmanned attack took place in Nangahar province of Afghanistan.' He informed, 'Early indications are that we have finished the target. We are not aware of the death of any common citizen. The blast at the airport is being called the biggest attack in two decades. White House Press Secretary Jen Psaki said on Friday that US officials believe "another terrorist attack is likely in Kabul". "The risk is still on and it is active," he said. Our soldiers are still in danger.

The White House and the Pentagon have warned that there could be more bleeding ahead of the approaching deadline for the withdrawal of US forces and the closure of the airlift. Saki said the coming few days in the process of evacuating people 'will be our most dangerous time ever.'