Thousands of refugees and migrants and armed soldiers are currently facing each other on the border between Belarus and Poland. These migrants from Belarus want to enter the European Union through Poland. Many of them have gone astray, while some are climbing the barbed fence of the border. They are being stopped by Polish soldiers. 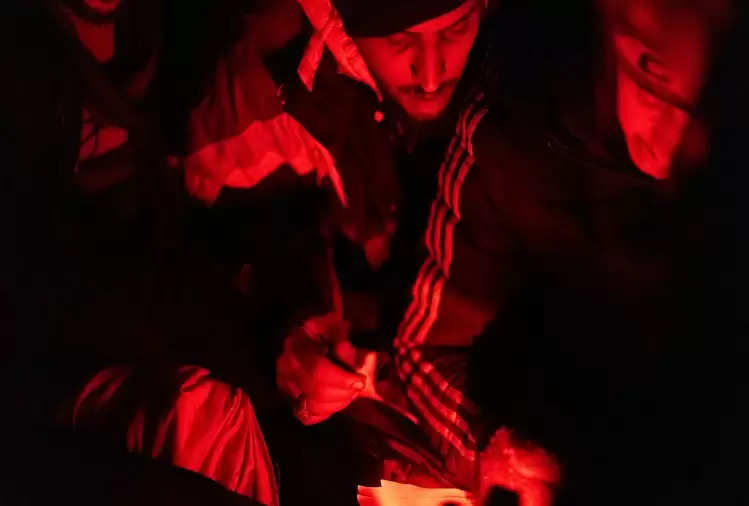 Russia has sent warplanes capable of nuclear strikes and started maneuvers with the Belarusian army by landing paratroopers near the border. On the other hand, the European Union and Britain have also sent troops to help Poland.

In the midst of all this, the US warned that Russia's intentions are to carry out another military operation in the eastern part of neighboring Ukraine, similar to the Crimea of ​​2014. It released several satellite images, in which Russian soldiers, tanks, artillery etc. are seen in large numbers on the eastern Ukraine border. Russian President Vladimir Putin's spokesman, Dmitry Peskov, said that Russia does not mean anything to this, it is only maintaining its security along the border. 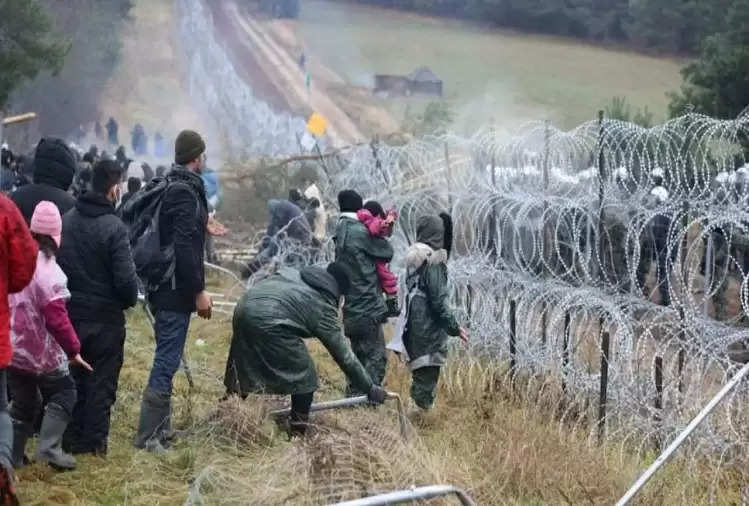 Poland and Ukraine increased deployment on the border
Poland's Defense Minister Mariusz Blaszejk told that he has placed 15,000 soldiers on the border. Engineers of the British Army have also been deployed. The EU has called infiltration from Belarus insanity and said that innocent civilians are being used as weapons. Ukraine has also deployed 8,500 troops along the border after warning of a Russian attack.

Dictator threatens to stop Europe's gas supply
Poland's worrying Belarus dictator Aleksandr Lukashenko said on Thursday that Ukraine was supplying weapons to migrants. This can lead to a bloody conflict at any time. He warned Europe that he might block a gas line coming from Russia. This would make it difficult for Europeans to keep their homes warm in the harsh winter.

What is the whole crisis, know the developments in these 5 points

dictatorship in belarus
In August 2020, Aleksandr Lukashenko became the President of Belarus for the sixth time. The opposition and western countries termed the election as fake. The police crushed the demonstrations. 35000 people were arrested. The European Union and the US imposed sanctions.

journalist arrested
In May, a flight from Greece to Lithuania landed in Minsk and arrested anti-Lukashenko journalist Ramon Pratavsich. The EU called it an act of air robbers, with restrictions on flights to Belarus and many exports stopped.

migrants gathered
An angry Lukashenko brought thousands of migrants from Turkey to Iraq, Syria and other troubled countries to the border with Poland, Lithuania and Latvia. These people were given visas by the tourism agencies of the Belarus government with huge sums of money.

Lukashenko accused of hybrid war
The EU alleges that Lukashenko has started a hybrid war by using migrants as a weapon. No special documents are required for movement between EU countries. Belarus is infiltrating migrants to avenge the sanctions.

Thousands stranded at borders
Up to 20,000 migrants are trying to enter Poland, Lithuania and Latvia from Belarus. They have stayed in very small tents or in the open in front of barbed wire in the snowy winter. Russia is giving financial and political support to the government here.