See in pictures - the voice raised about Afghanistan in the world, said - Afghans also have full right to live with dignity 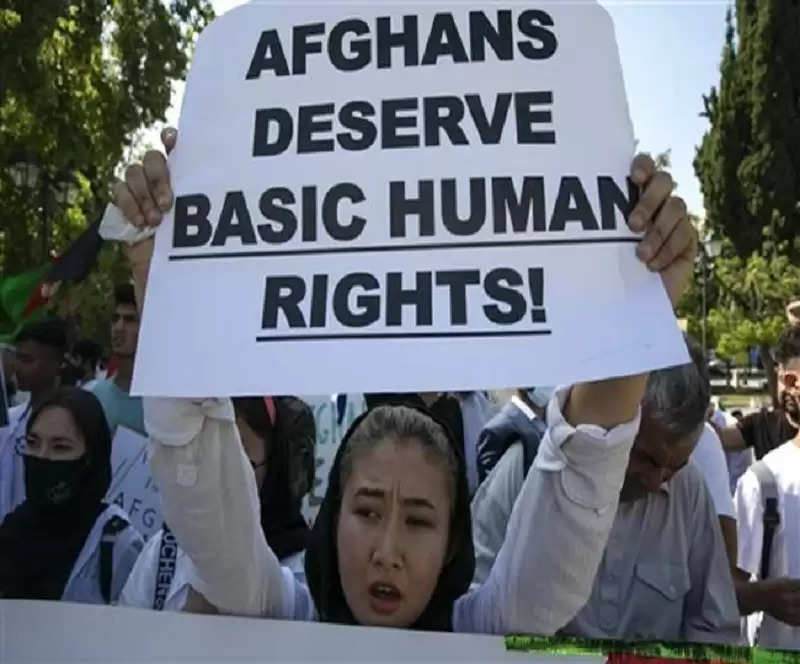 Since 15 August 2021, when the Taliban captured Kabul, people have been taking to the streets abroad for SAVE AFGHANISTAN. These people demand that the world community unite to eliminate the Taliban and protect the Afghans. Demonstrations are also taking place in many places regarding this. These demonstrations are mainly happening against America. These protesters say that after two decades, the US has left the Afghans in the middle of the Taliban. Such demonstrations and demands for Save Afghanistan have taken to the streets not only in America but also in Greece, Canada, and Turkey. See-through pictures where people have come out on the streets to save Afghanistan.


Seeking to save Afghanistan in Turkey, people have appealed to the world fraternity to intervene. Apart from Afghan citizens living here, Turkish citizens were also included in those who took to the streets. They were also concerned that the Taliban could not be trusted. Let us tell you that the Turkish army was stationed in Afghanistan under NATO forces for the last two decades. Now Turkey has reached the final stage of withdrawing its army.


In the Netherlands city of Amsterdam, thousands of people took to the streets with placards, banners in their hands and demanded to save Afghanistan from the clutches of the Taliban. Apart from Save Afghanistan, the banners that were in his hands also had Stop Killing Afghani written on them. These people said that Afghans also have the right to live with dignity.


In Athens, Greece, there were demonstrations at many places to save Afghanistan. Apart from a large number of youths, there were also small children among those who demanded it. They also had the flag and banner of Afghanistan in their hands. These people were also trying to make their voice reach the world through the mic.

The voice of SAVE AFGHANISTAN was also raised in the demonstration held in New York, USA. They demanded that the proxy war against Afghanistan should be ended. These people included Afghan refugees settled in America to American citizens. With the flag of Afghanistan in their hands, these people were continuously raising the slogan of Save Afghanistan.

America was also the target of those who took to the streets to protect Afghanistan and Afghans in Toronto, Canada. These people said that America left them in the middle. They alleged that the US had left Afghans to die in front of the Taliban. A large number of youth were involved in making their demands in front of the world regarding the security of Afghanistan.