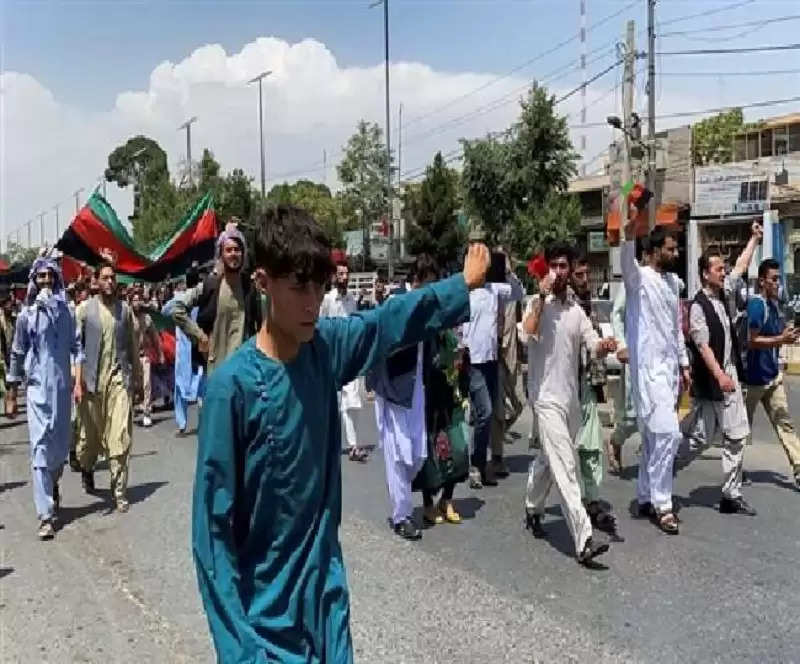 The situation in Afghanistan is changing rapidly after the Taliban took over. Meanwhile, anger has started erupting among the people there in a panic, the scope of protests against him is increasing and people are openly challenging the Taliban. On Afghanistan's Independence Day, in many cities, including the capital Kabul, people came out against the Taliban carrying the national flag, demonstrated against it, and in some places the Taliban flag was torn and thrown. During this, there are also reports of the death of many people in the firing of Taliban terrorists.


Stoltenberg on Tuesday blamed Afghanistan's leadership for the swift defeat of West-backed security forces but acknowledged that NATO should also plug gaps in its military training program.

A US official said the US has airlifted 7,000 people since August 14 and 12,000 since the end of July. US spokesman Ned Price said 5,200 US troops were stationed on the ground around Kabul airport. There are 6,000 people at the airport now, which have been thoroughly processed by our team and will soon be on board the planes.

Further Ned Price said that we are aware of the ground situation in Afghanistan. More than 2,000 passengers reached safe places within the last 24 hours.

US President Joe Biden has promised that he will safely 'airlift' the 22,000 Afghans who have taken threats to help the US government so far. Many of these Afghan civilians are trapped in the provinces due to Taliban resistance and are still unable to reach Kabul.

Former Sri Lankan Prime Minister Ranil Wickremesinghe has cautioned the government against recognizing Taliban rule in Afghanistan and advocating severing ties with Kabul, saying one should reconsider whether the country should be able to revive terrorism. We should proceed as the helping party.