PM Modi's royal ride in the headlines during his US visit, giving a collision to 'Air Force One' of US, know its merits 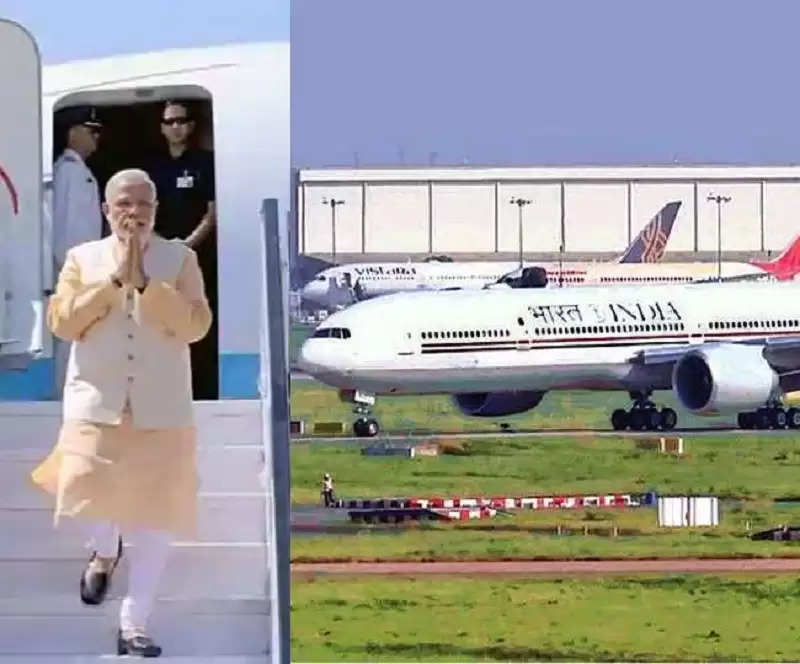 Once again Prime Minister Narendra Modi's royal ride 'Air India One' is in the headlines. This is the first time after independence when a Prime Minister of the country has flown directly to America. During the journey, his plane did not land in any other country. Earlier, Air India One aircraft B-777 was also in the news with Prime Minister Narendra Modi's visit to Bangladesh. This was the first foreign visit of the Prime Minister after the beginning of the Corona period. PM Modi's visit to America for the second time is also special because his visit is from 'Air India One' B-777. After all, what is the specialty of the B-777 aircraft? Why is this plane in the headlines?


Modi, who went on a very important tour of America, has also broken the tradition that has been going on for decades through this visit. In fact, for the last several years, the Indian Prime Minister visiting America used to stay in Frankfurt city of Germany till now. After that, he used to leave for America again from there. This time it did not happen and PM Modi reached Washington without stopping. The credit for completing this nearly 15-hour long journey non-stop goes to PM Modi's state-of-the-art Air India One-Plane which has been inducted recently. PM Modi has arrived in Washington to address the Quad Summit and the United Nations General Assembly.


US President's plane is being compared to Air Force One

The eyes of all the countries of the world are on the visit of PM Modi to America. The world is looking to see what Modi returns from America. On the other hand, Modi's royal ride is also in the headlines. This royal ride of Modi is attracting the attention of the world due to its elegance and state-of-the-art facilities. This plane is being compared to the US President's aircraft Air Force One.

Know what are the features of Modi's royal aircraft