PM Modi's attack on Pakistan, said- Those who are using terrorism as a tool are also at risk 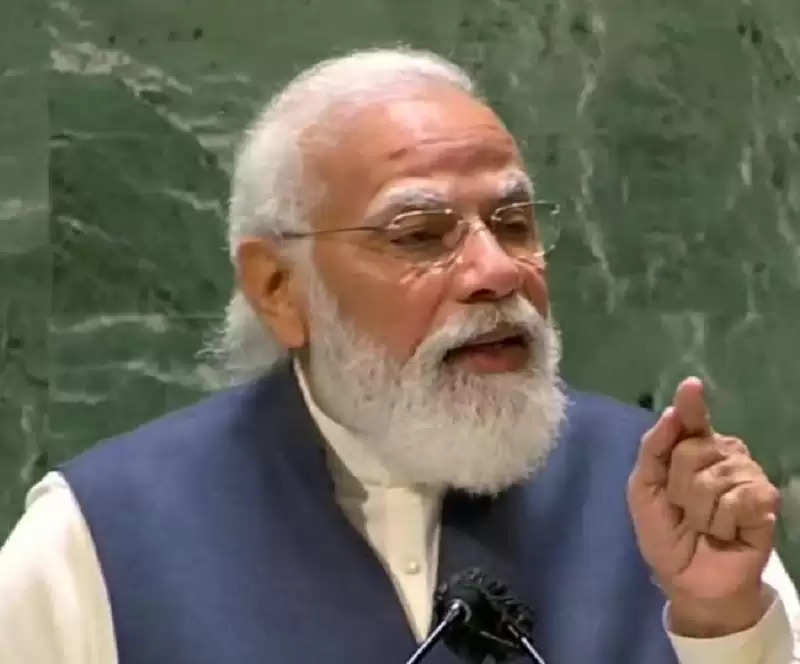 Prime Minister Narendra Modi addressed the 76th session of the United Nations General Assembly (UNGA) in New York on Saturday. In his address, PM Modi made a scathing attack on Pakistan regarding terrorism in gestures. Attacking Pakistan without taking names, PM Modi said that the countries which are using terrorism as a tool, are forgetting that terrorism will become a threat to them too.


Attack on Pakistan without taking the name


PM Modi said- The threat of extremism is increasing all over the world. Countries that are using terrorism as a political tool with regressive thinking must understand that terrorism is an equally great threat to them. At present, it is very important to ensure that the soil of Afghanistan is not used for spreading terrorism and terrorist attacks.


Afghanistan could not become a haven for terrorists

Addressing the 76th session of the General Assembly, Prime Minister Modi said that we also have to be careful that the delicate situation of Afghanistan should not be used by any country as a tool for its selfishness. PM Modi also told the need for help to Afghanistan. He said that the women, children, minorities of Afghanistan need help. We all have to fulfill our responsibility in this.

The mirror showed to both China and Pakistan

PM Modi praised Indian democracy by showing the mirror to Pakistan and China together. PM Modi said that it is the strength of India's democracy that a small child who once helped his father at a tea stall at a railway station is addressing UNGA for the fourth time today as the Prime Minister of India. PM Modi said that we have a great tradition of thousands of years of democracy. Our diversity is the hallmark of our strong and shining democracy.

Pakistan is a country inflicting fire

Earlier in the United Nations General Assembly, Pakistani Prime Minister Imran Khan had raised the rage of Kashmir. On Imran's statement, India, exercising its right of reply, said that Pakistan is a country where terrorists move freely. Pakistan is a country instigating the fire, which at present pretends to be a fire extinguisher. Pakistan nurtures terrorists. The whole world is suffering because of his policies.

Jammu and Kashmir were, is, and will be an integral part of India.

India's First Secretary to the United Nations Sneha Dubey said in the United Nations General Assembly that we have been hearing that Pakistan is a victim of terrorism. The world knows that Pakistan fosters terrorists in the hope that they will only harm its neighboring countries. Sneha Dubey while attacking Imran, is trying to hide the communal violence in his country by giving the name of terrorist acts. As for Jammu and Kashmir, Jammu and Kashmir and Ladakh have always been an integral and inseparable part of India, are and will continue to be so.