PM Modi in the USA: the US killed Iranian General Soleimani with these armed drones, China-Pakistan worried before India got drones 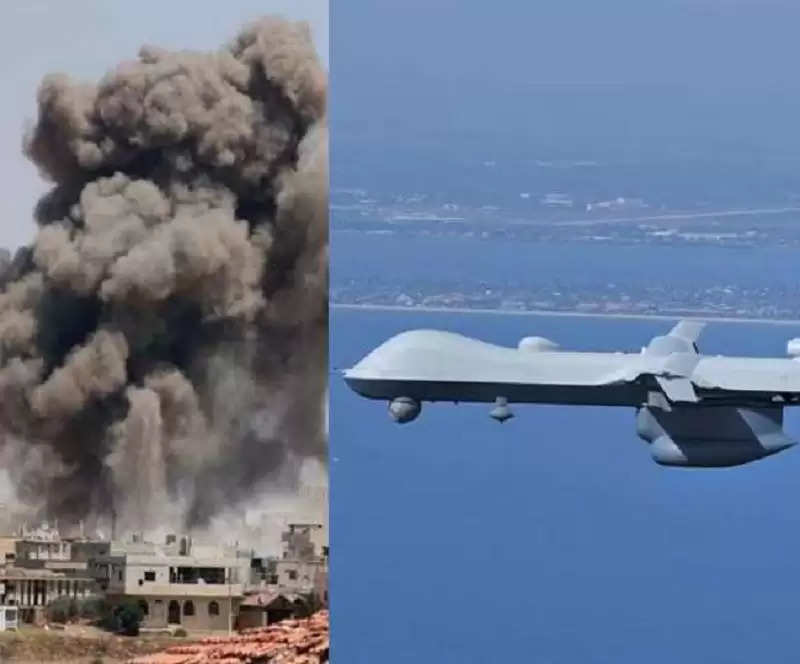 Prime Minister Narendra Modi's visit to the US is also important in the sense that India will be able to convey its defense concerns to the Biden administration. India is now busy increasing its military capabilities amidst increasing threats from China and Pakistan. After the aircraft agreement with Russia and France, India is now planning to buy armed drones from the US for the first time. India is buying 30 such drones from America, which will be able to give a befitting reply to Pakistan and China. The concern of China and Pakistan has increased due to the information of these drones joining the Indian military fleet. After all, what are the MQ-9 Reaper / Predator Bee Drones? What is its specialty? Why are India's neighboring nations worried?


Know the features of these American drones


1- Not even Osama was saved from his eyes


These drones are very popular in the US military. India is buying 30 drones from America to give a befitting reply to Pakistan and China. With the help of these drones, America has carried out many attacks. America has killed many dreaded terrorists with these drones. With the help of these drones, the US military found the dreaded terrorist of Al Qaeda, Osama bin Laden. He shot down this armed drone Iranian General Qasim Soleimani. America has won many wars with these drones. This drone is so successful in the army that it strikes the enemy in such a way that it leaves no chance of survival.

These drones can fly for two consecutive days. They are capable of carrying a load of 1700 kg with them. Through these armed drones, India will be able to reduce the ongoing border tension with China and Pakistan. Through drones, the Indian Army will be able to tell the enemies that we have such weapons which will destroy their designs without knowing it.

India is buying MQ-9 Reaper/Predator B drones from the US. The cost of these drones is around Rs 21,832 crore. After the drone attack in India, there was a desire to buy these drones from America. It is expected that it will be inducted into the Indian military fleet by the end of this year. Obviously, after this agreement, there will be a big increase in India's military power. At present, these drones will be used for surveillance and espionage on the borders of India.

Last year, during the India border dispute with China, the country's Defense Ministry had leased two unarmed MQ-9 Predator drones for border surveillance. However, at that time the Defense Ministries of both countries refused to talk about the purchase of drones. It is believed that the drones coming from the US will be deployed with the Indian Navy. So that the southern part of India can also be monitored. Apart from this, deployment will also be done around the borders of China and Pakistan.

America's C-295 MW transport aircraft is also in discussion during Modi's visit to America. The C-295 MW is a transport aircraft of 5-10 ton capacity with contemporary technology, which will replace the old Avro aircraft of the Indian Air Force. This will increase the strength of the Indian Air Force. On behalf of the Ministry of Defense, it has been said that 16 aircraft will be procured from Airbus Defense and Space which will be in flight condition. Apart from this, 40 aircraft will be built by the company in India as part of a consortium with Tata.