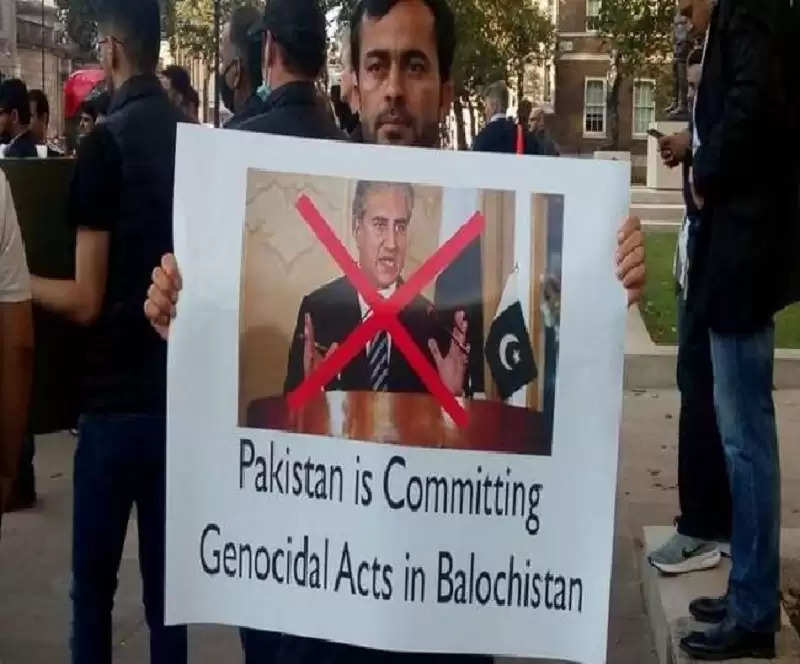 Pakistan's Foreign Minister Shah Mehmood Qureshi had to face opposition from the people of Ghulam Kashmir on his arrival in London. The people of Pakistan-occupied-slave Kashmir along with Baloch and Sindhi activists demonstrated. External Affairs Minister Shah has arrived in Britain on a three-day official visit. As soon as Pakistan's Foreign Minister Shah arrived, the people of Ghulam Kashmir, led by Sajjad Raja of the National Equal Party of Jammu and Kashmir Gilgit, Baltistan and Ladakh (NEPJKGBL), gathered in front of the Pakistani High Commissioner's residence. The protesters raised slogans against the oppression of Kashmiris living in slave Kashmir.


The protesters demanded that Britain should stop funding Pakistan, which is run by a brutal regime. It is killing its dissenters and suppressing its minorities. They raised slogans about a campaign run by Pakistani intelligence agencies that kidnap and disappear, journalists, political activists, and anyone who dares to question them.

"We want to tell PM Johnson&international community not to trust Pakistan, which is responsible for Afghanistan's destruction," says a protester pic.twitter.com/WVVPAdjuti— ANI (@ANI) September 27, 2021

Protesters called it a communal genocide regime in Pakistan that is destroying the lives of Baloch, Hazaras, Hindus, Sikhs, and Ahmadiyya minorities. Making them refugees on their land. The protesters expressed their intention to formally complain to the British government and its lawmakers about the silence on Pakistan's dual role in Afghanistan, which is turning into a humanitarian crisis.

The widespread protests against the visiting foreign minister are unprecedented, as London has never seen anything of this scale against a visiting delegation by Pakistani expatriates. Earlier, a large number of protesters had gathered outside the residence of the High Commissioner of Pakistan in London and raised slogans against the Pakistan government on Sunday. The protest was organized amid the official visit of Pakistan Foreign Minister Shah Mehmood Qureshi to the UK.