On the growing friendship of PM Modi-Israel, Pakistan PM Imran Khan gave such a statement! Pakistan Prime Minister Imran Khan in a recent interview to Middle East Eye spoke candidly about China-Pakistan friendship, US-Pakistan tensions, close India-Israel relations, the situation in Afghanistan, and BCCI's growing clout in world cricket. Of. However, Imran Khan has been trolled on social media for a claim made about India and Israel.

In August 2019, Pakistan strongly opposed the Centre's decision to abrogate the provisions of Article 370 that gave special status to Jammu and Kashmir. Pakistan had also opposed this decision in the United Nations.

Now, Imran Khan has said that PM Modi decided to revoke Article 370 in Kashmir soon after he visited Israel. He said that India is taking inspiration from Israel itself. Soon after, the PM of Pakistan started trolling on social media. Prime Minister Modi visited Israel in July 2017 and the decision to abrogate Article 370 was taken two years later in August 2019. 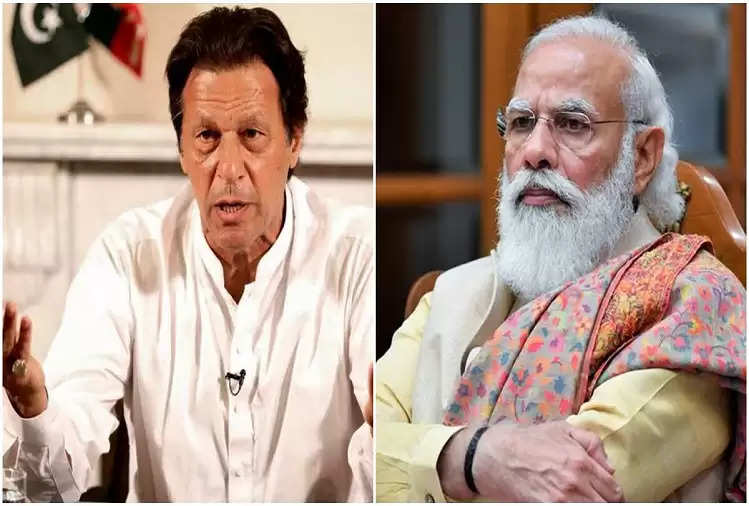 In the interview, Imran was asked how dangerous is the friendship between India and Israel because the situation in Palestine and Kashmir is similar. On this Imran Khan said that there is no doubt that India and Israel are very close. Soon after he visited Israel, Indian Prime Minister Narendra Modi implemented such a big policy on Kashmir. This could mean that they got a signal from Israel because Israel is doing the same. They have created a strong mechanism and are crushing any kind of opposition. Being part of the US coalition against China, India is now beginning to feel that they have the same immunity as Israel and can do anything.

Commenting on the tweet, a person said that one should not take tension about Imran Khan. He will take another U-turn after talks with Pakistani military officer Bajwa. To be honest, he deserves more to become the coach of the Pakistani cricket team, but no one is ready to listen to him.

now #ImranKhan is blaming #Israel for abrogation of 370 from #Kashmir. This man has some serious problem. #Pakistan pic.twitter.com/P1bwTZiq0O

now #ImranKhan is blaming #Israel for abrogation of 370 from #Kashmir. This man has some serious problem. #Pakistan pic.twitter.com/P1bwTZiq0O