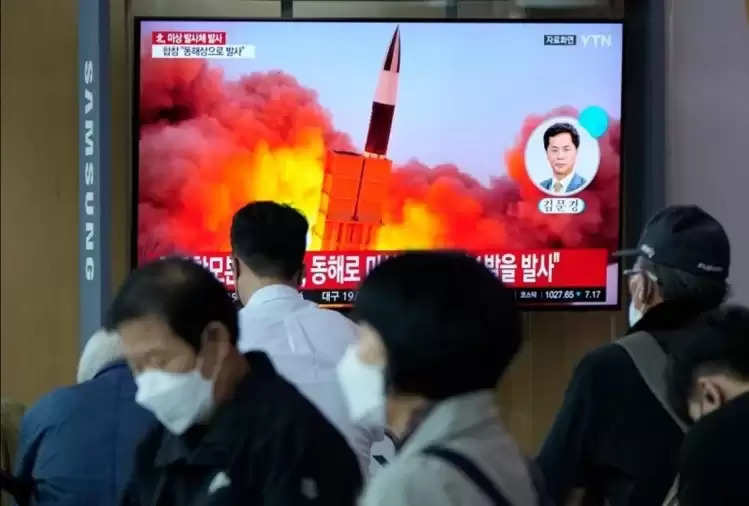 North Korean dictator Kim Jong has not changed his stance in the new year. On Wednesday, North Korea has maintained its aggressive intentions in the new year by firing ballistic missiles in the first week of 2022. This could further escalate tensions between North and South Korea and Japan.

Japan's Coast Guard first spotted a missile fired by North Korea. He says that it could be a ballistic missile. After this, the Defense Minister of the country said that it went about 500 kilometers away. Japan's Prime Minister Fumiya Kishida has said that since last year North Korea has been continuously firing missiles, which is very regrettable.

South Korea said - our military preparedness is also maintained
South Korea's joint army chief also said that nuclear-armed North Korea fired the missile, it could be a ballistic missile. He said in a statement that our military preparation is also complete. Our military is closely monitoring it, maintaining close cooperation with the United States. Missiles have been fired in this way by North Korea recently. South Korea's National Security Council has expressed concern by calling an emergency meeting. The council said that North Korea fired the missile at a time when internal and global stability is essential. We urge North Korea to come to the negotiating table.