IAEA said - Iran failed to comply with the surveillance agreement, accused of not allowing the agency to work 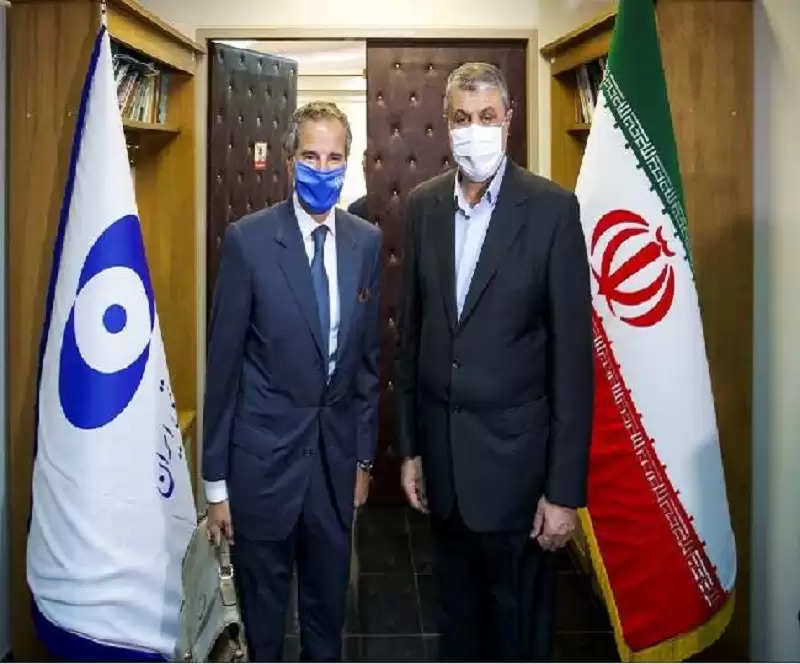 The United Nations nuclear watchdog IAEA has said Iran has failed to fully comply with the terms of the agreement signed two weeks ago. The agreement allows the inspectors of this monitoring organization to monitor the equipment in the country.


According to the International Atomic Energy Agency (IAEA), "IAEA Director-General Rafael Grossi has stressed that Iran's decision to not allow the agency access to the TESA Karaj Centrifuge Component Manufacturing Workshop violates the stipulations of the joint statement issued on 12 September." '


The agreement was signed on 12 September on the eve of the meeting of the Board of Governors of 35 countries of the IAEA. Western countries decided not to bring a resolution criticizing Iran at that meeting because the device's memory cards would be replaced as they were to be replaced. Iran's envoy to the IAEA said on Monday that the DG's report was not accurate and went beyond the stipulations of the joint statement.


Let us tell you that Iran has allowed sensitive international observers to install new memory cards in surveillance cameras while monitoring its nuclear installations. Filming was also allowed thereafter negotiations regarding the resumption of the nuclear deal. The head of the International Atomic Energy Agency (IEOI) of the United Nations, Rafael Grossi, said that Iran's Atomic Energy Organization (AEOI) Muhammad Islami has given his consent.

IEOI chief Grossi said his organization's supervisors have received permission to service the identified equipment and convert the storage data in it. This process will be followed under the joint supervision of IEOI and AEOI. It was said that the outcome of the monitoring process would be seen before the 2015 nuclear deal was restored.