Good News: For the first time in the world, the heart of a pig will beat inside a human, American doctors create history 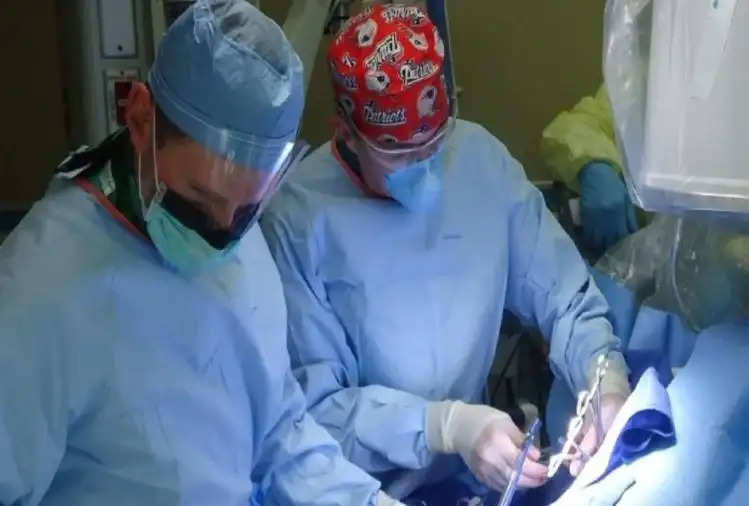 American surgeons have achieved great success in the first fortnight of the new year. He made history by successfully transplanting the heart of a genetically modified pig into a 57-year-old man.

This historic surgery was completed on Friday. The University of Maryland Medical School issued a statement on Monday informing the media about this surgery. This surgery will prove to be a milestone in the direction of transplantation of animal organs into humans.

David's condition is now improving
According to the university statement, the condition of victim David Bennett was critical. So to save his life it was decided to transplant the heart of a genetically modified pig. David's condition is now improving and he is being closely monitored to see how the new organ is working. Bennett could not have had a traditional heart transplant, so American doctors took this big decision and transplanted the heart of a pig.

On one side there was death, on the other, there was hope for a new life.
David, who lives in Maryland, said the day before the surgery that he had only two paths in front of him. On the one hand, there was death and on the other hand the hope of a new life through this transplant. Chasing in the dark was my last option. Bennett had been living in bed for the past several months with the help of a heart-lung bypass machine. He hopes that now he will stand up again.

Doctor Griffith said - this is a great success in the field of surgery
Dr. Bartley Griffith, who performed the pig heart transplant at Bennett, said it was a major breakthrough in heart surgery. This will help to overcome the problem of organ donation.