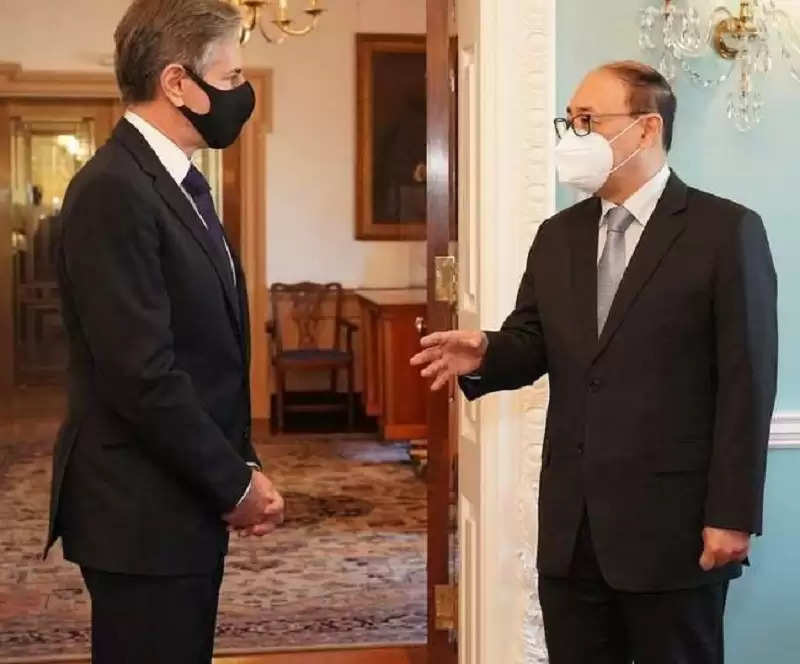 Foreign Secretary Harsh Vardhan Shringla has said that it is Pakistan that has nurtured while patronizing the Taliban, which removed the elected government. Now India and America are eyeing Pakistan in Afghanistan. He said the Taliban has indicated that it will take care of India's interests in Afghanistan.


During his three-day visit to Washington, India's Foreign Secretary Shringla told reporters that all countries of the world are active regarding Afghanistan. We are in touch with all such countries. Both India and the US are closely monitoring the situation.


The Foreign Secretary said that we are concerned about the free movement of terrorists in Afghanistan. The UN Security Council resolution on Afghanistan, chaired by India, mentions all banned organizations including Jaish-e-Mohammed and Lashkar-e-Taiba.


Two plus two talks between India and America in November

According to Pretr, India's Foreign Secretary Harsh Vardhan Shringla has informed that the fourth annual two plus two dialogue between India and America will be held in Washington in November. The date is yet to be decided. The two plus two dialogue takes place between the foreign and defense ministers of the two countries.

What about the relationship with the Taliban?

According to Pretr, Shringla said that our engagement with the Taliban has been limited. Despite this, he has indicated that he will take full care of India's interests. Responding to the talks of the Indian Ambassador in Doha with the Taliban, he said that we have made it clear that there should be no terrorist activities against India or other countries from the land of Afghanistan. The US has told the Taliban that if terrorist activities happen from Afghanistan, they will be held accountable.

During his visit to Washington, Foreign Secretary held talks with US Defense officials on various issues. He also met representatives of various companies through the US-India Business Council.