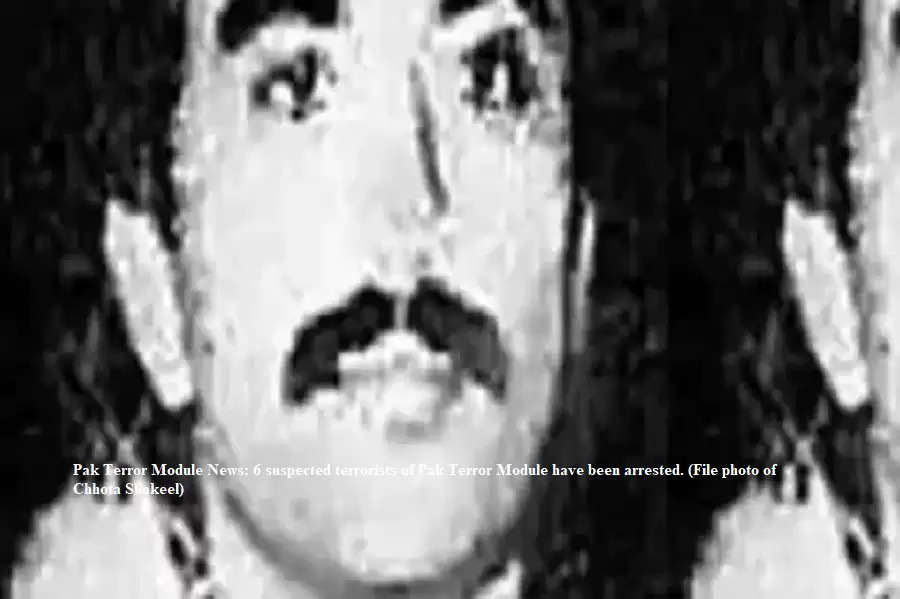 Pak Terror Module Busted: A special team of Delhi Police and Uttar Pradesh ATS busted the terror module operated by Pakistan. Security forces have also arrested many suspected terrorists. They are being interrogated.


New Delhi. The team of Special Cell of Uttar Pradesh ATS and Delhi Police has arrested 6 suspected terrorists of Pak Terror Module by conducting a joint operation. The connection of fugitive underworld don Dawood Ibrahim in the case of plotting to attack in India has also come to the fore. It is said that Dawood's brother Anees was providing all kinds of help to the arrested terrorists. Now the CEO of D company and underworld don Chhota Shakeel has denied these allegations. Chhota Shakeel said that there is no terrorist in D Company. He fights with gangsters.

Chhota Shakeel also said that he got information about this incident through the news. This information was not available in his group. During the interrogation of 6 terrorists arrested by Delhi Police Special Cell and UP ATS from Prayagraj, a big disclosure has come to light. According to the information received, an important role of Dawood Ibrahim's brother Anees Ibrahim has also been said to come to the fore behind the terrorists. Pakistani intelligence agency ISI is also said to be involved in this. It is noteworthy that out of the 6 arrested terrorists, two have taken training in Pakistan and all the arrangements were made by the ISI and the underworld.