Dubai Expo-2020: Three foreign workers died of the corona during the event, read other important news of the world The organizers of Dubai's Expo-2020 on Sunday admitted for the first time that three foreign workers had died of coronavirus while organizing the prestigious event during the pandemic. Due to the Expo-2020 event in Dubai, questions are being raised on the investigative conditions of workers in the United Arab Emirates (UAE). 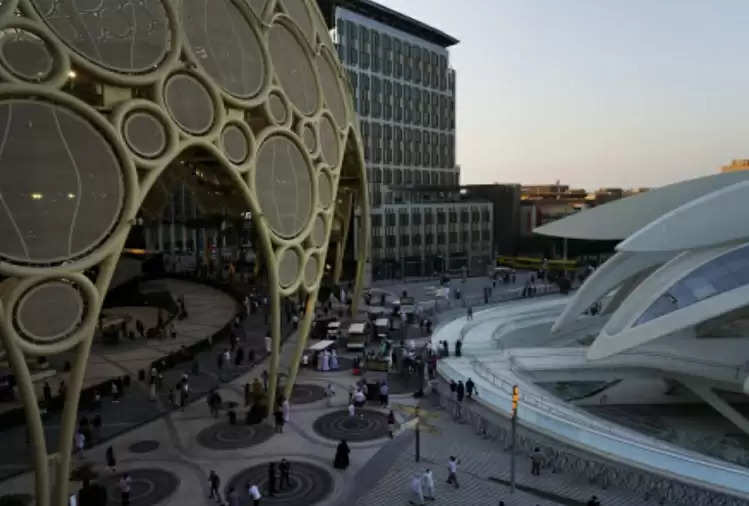 The host, facing criticism over the condition of the workers, released the figures for the first time
When asked about the deaths of foreign workers involved in the construction of the expo, spokesman Schonde McGatchin said three workers died in accidents during construction. Apart from this, three workers have died due to Kovid. During this, the spokesperson refused to give any information on the status of the spread of corona infection among the workers at the expo site. McGatchin claimed that information on the workers' deaths had been made available earlier. However, this statement from the organizers of the $7 billion mega show came after conflicting reports emerged about the workers' deaths.

UAE has been accused of ill-treatment of workers
Last month, the European Parliament urged its member states not to participate in the expo. He said that foreign workers are treated inhumanly in the UAE. The UAE has long faced criticism from human rights activists for this. 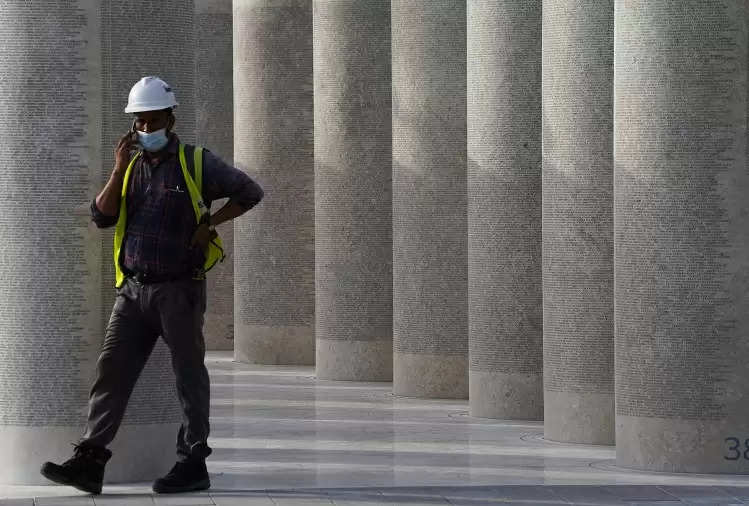 Workers memorial built to avoid criticism
To pay tribute to the workers at the expo site for their handling of the situation amid such criticism, a labor memorial has been erected. Let's know other important news of the world ...

Explosion in Mali, UN peacekeeper killed
A UN peacekeeper has been killed and three injured in an IED blast in north-eastern Mali. On Saturday, a UN vehicle was targeted by an IED near Tesalit in the Kidal region, killing one peacekeeper and seriously injuring three, UN local operations chief al-Gassim Wane said on Twitter. Huh. Over the past few days, UN employees are being targeted one after the other in northern Mali.

Plane crash in Milan, 8 killed
A small plane crashed into an empty two-story building on Sunday in a suburb of Milan, killing eight people on board. According to an Italian news agency, rescue teams said all eight people on board the plane, including the pilot, were killed. At present, the details of the deceased are not available. According to officials, the plane TG24 was on its way to the island of Sardinia via Milan's Linet.

Imran was surrounded by talks with TTP, ministers came to the rescue
Pakistan's Interior Minister Sheikh Rashid has termed the government's talks to reconcile the Tehreek-e-Taliban Pakistan (TTP) with the "good Taliban". It is noteworthy that in 2014, six TTP gunmen killed 150 people, including innocent children, at Sainik School in Peshawar, Pakistan. He has taken thousands of lives in many other attacks. TTP is banned here.

In a conversation with Turkey's official news channel, Pakistani PM Imran Khan had disclosed the conversation with TTP. After this, Imran was criticized by the leaders and the families of the victims here. Rashid said in the defense of the PM, 'There will be no reconciliation with the terrorists who are responsible for the Sainik School attack. We know who is good and who is bad. There is no point in fighting those who want to surrender and lead a peaceful life.

Trump calls for a prohibition on Twitter
Former US President Donald Trump has sought an order for Twitter to restart his account in a federal court in Florida. Twitter was shut down in January after the riots in the US Parliament House. Trump's lawyers filed suit in Miami on Friday to seek a preliminary injunction against Twitter and its CEO Jack Dorsey. They argue that Twitter is censoring Trump's tweets, which is a violation of the US Constitution.

Clashes in southern Yemen's separatist factions, ten killed
At least 10 people, including four civilians, were killed on Saturday in a violent clash between a rival group backed by the United Arab Emirates and a rival group in Aden, south of Yemen.

The clashes took place in a residential area of ​​Yemen, where the presidential residence and other buildings are present. According to security officials, the crash took place between the Southern Transitional Council and an armed religious group that was part of it, in which dozens of people were injured. The armed group is led by Imam al-Nabi, who was the commander of a separatist faction. The clashes ended on Saturday evening after the intervention of security forces.

Sexual abuse investigation: 3000 people abused child in French church
An independent commission investigating the sexual abuse of the Church of France believes that 3,000 people have been child abused in the church in the past 70 years. Two-thirds of these people were pastors working in the church. Commission President Jean-Marc Sauvé shared this estimate in a newspaper interview published on Sunday. The commission has been probing the matter for two and a half years. Its report is to be released on Tuesday. Sauv has not given the figures of victims in this.

In the interview, Sauv said, "We assessed 115,00 pastors and churchgoers who have worked in the church since the 1950s. Of these, 3,000 people were assessed as child abusers. Two-thirds of them are clergy. He said 22 cases have been sent to prosecutors for alleged offenses, which are still to be prosecuted.