As soon as schools opened in America, there was a spurt in infection, plan to open lockdown canceled if cases increase in Singapore 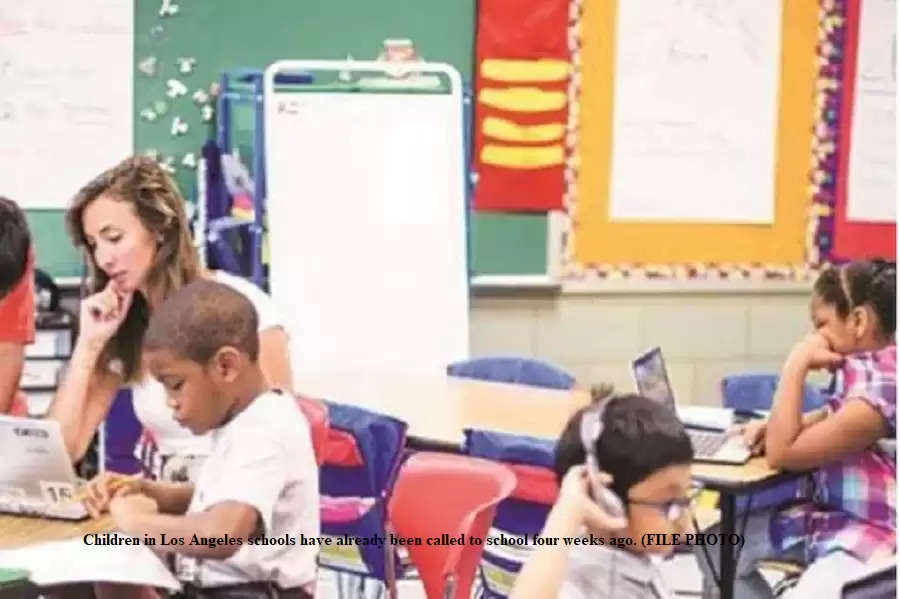 Children accounted for a quarter of the total infection (Covid-19) in the week till September 2. At the same time, children in Los Angeles schools have been called to school four weeks ago. Students from the Tuloso-Midway School District in Texas arrived at school in mid-July.


New York. In America, the cases of infection have increased as soon as the school opens. All schools in New York have opened at full capacity. Children accounted for a quarter of the total infection (Covid-19) in the week till September 2. At the same time, children in Los Angeles schools have been called to school four weeks ago. Students from the Tuloso-Midway School District in Texas arrived at school in mid-July. In May, a non-vaccinated elementary school teacher infected dozens of students in Marin County, California.

The states decide the rules for the management of Kovid-19 in schools. Many conservative states ban the wearing of masks in schools. Masks are required in schools in more than 10 states in the US. Recent studies show that schooling is not risky with masks, social distancing, ventilated classrooms, and other appropriate precautions. Without these measures, the risk of spreading the infection increases.

837 new cases in a day were being planned to open the lockdown in Singapore that only then the cases of infection started spreading rapidly in the country. For the time being, this plan has been put on hold. There have been a record 837 new cases in a single day in Singapore. This figure of infection is the highest in a year. That infection is also spreading at a time when 80% of the population has been vaccinated here. On Tuesday, 809 people had to be admitted to the hospital, out of which 75 people are seriously ill, who had to be given oxygen. 9 people had to be kept in the ICU. Most of the seriously ill people here are over 66 years of age. In the last 28 days, 4 people have died due to infection. The number of patients requiring oxygen has doubled in two days.

Return of Vaccine Passport in Britain

Britain has issued a winter plan to deal with Corona in winter. Vaccine passport is back in nightclubs, music venues, business conferences, and football stadiums, etc. That is, only vaccinated people will get entry into such events. Masks have also been made mandatory. Next week people over the age of 50 will start receiving booster doses. Test and trace programs will continue. Right now more than 30 thousand cases are coming to Britain every day. So far 72.8 lakh people have been infected.