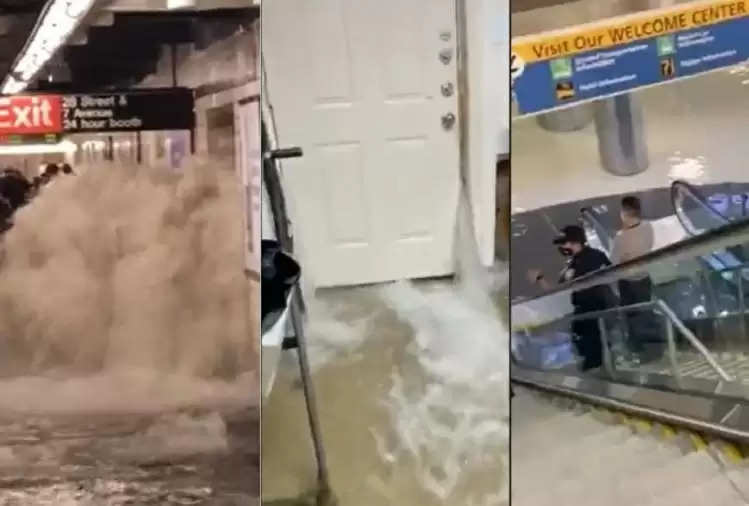 In the US, New York, and New Jersey, due to heavy rains caused by Hurricane Ida, there has been devastation. So far, more than 40 people have died in the storm. Emergency has been declared in both places. At the same time, the storm has moved towards New England, becoming more dangerous.

Police in New York City has confirmed seven deaths, while one person has died in New Jersey. New York FDR Drive, a large portion of Manhattan's east side, and the Bronx River Parkway were submerged as of late Wednesday. The Metropolitan Transportation Authority had to suspend all services as subway stations and avenues were flooded. In a video posted online, people traveling on the subway are seen standing on seats in cars.


In another video, vehicles parked on the roads are seen submerged in the glass. The National Weather Service office in New York issued the first flood emergency warning on Wednesday night. This warning is issued in special circumstances when catastrophic damage is caused or is about to occur due to a flood. Many buildings have also been damaged in both New York and New Jersey due to the rain. The power supply has been severely affected due to the torrential rains. Due to this, thousands of people are deprived of electricity in their homes. 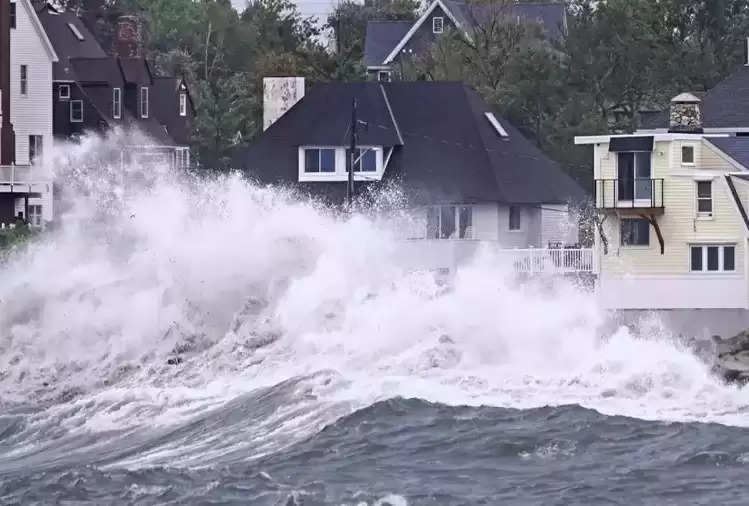 State of emergency declared in all counties of New Jersey

A state of emergency has been declared in all 21 counties of New Jersey due to the storm and rain. A warning has been issued to the people urging them to stay away from the flooded roads. Meteorologists have issued warnings of further intensification of floods.

The havoc of Cyclone Ida in America is not over yet. After hitting the coast of Louisiana on Monday, the wind speed reached 241 km per hour in the coastal areas here. It was considered one of the most powerful hurricanes in America. Its strength can be gauged from the fact that even two days after the weakening of the cyclone, life is disturbed due to heavy rains in many cities of America. The situation is that in states like New York, Mississippi, Alabama, and Florida, ponds have formed on the roads and relief workers have come out with boats to save people.

In New York on Wednesday itself, water fell by 17.78 cm within five hours. If the amount of water falling from the sky is taken out, then it is known that within five hours, about 1 lakh 32 thousand crore liters of water fell in New York. According to meteorologists, the swimming pool used in the Olympic Games can be filled 50 thousand times with this much water.

To receive so much rain in such a short span of time around the world is very much in itself, especially in urban areas, so much rain can cause a lot of problems for the people living there. Not only this, Newark in New York state has received up to 21.59 cm of rain during this period. It was the rainiest day in the city's history.

State of emergency in New York

Due to heavy rain in New York, Governor Cathy Hochul declared a state of emergency. Many photos and videos have gone viral on social media, in which rainwater was seen entering the airport. Due to this, Newark Liberty International Airport was closed and flights were also banned here due to rain. It has been told that so far 14 people have died in the Northeast of America. Similarly, six lives have been lost in the southern states so far.