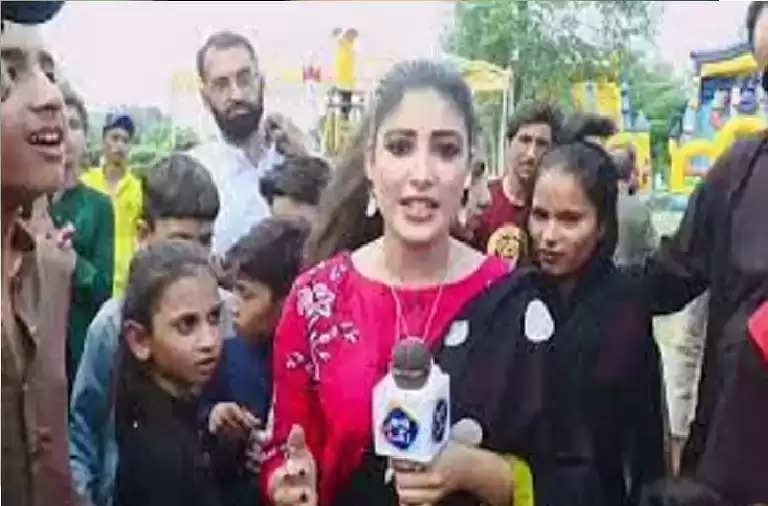 After Chand Nawab in Pakistan... Now another journalist's video is going viral. A young man was slapped by a female journalist while reporting for Eid-ul-Adha in Lahore on Monday. This woman journalist from Pakistan has been identified as Myra Hashmi, and now she has become famous on social media as 'Lady Chand Nawab'.

It is seen in the video that women journalists are telling about the happiness of Eid. In the meantime, a person came in front of the camera, then what was it, as soon as his reporting is over, he slaps the young man vigorously.

This video has been shared by the woman reporter herself on Twitter. It is now becoming increasingly viral on social media. While many people opposed this behavior of the female reporter, many also supported it.