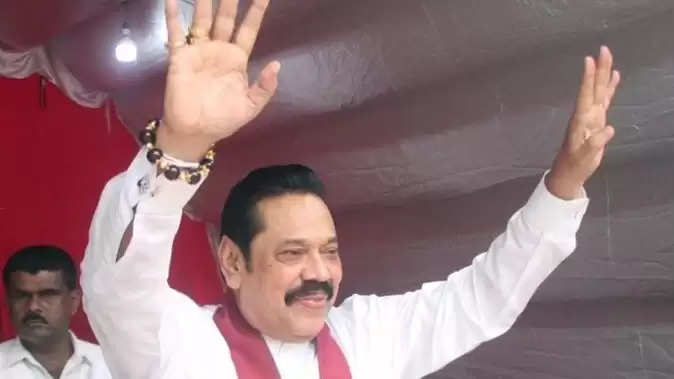 Sri Lankan Prime Minister Mahinda Rajapaksa resigned on Monday amid severe economic crisis in the country. This has been claimed by the local media of Sri Lanka. It is being told that Rajapaksa has taken this step while bowing to the demand of the opposition to form an interim government. Earlier, Prime Minister Rajapaksa said he was ready to make "any sacrifice" for the sake of the people. His statement had fueled speculation that Rajapaksa would resign today. The pressure on his younger brother and President Gotabaya Rajapaksa to form an interim government to bail out the country has increased. 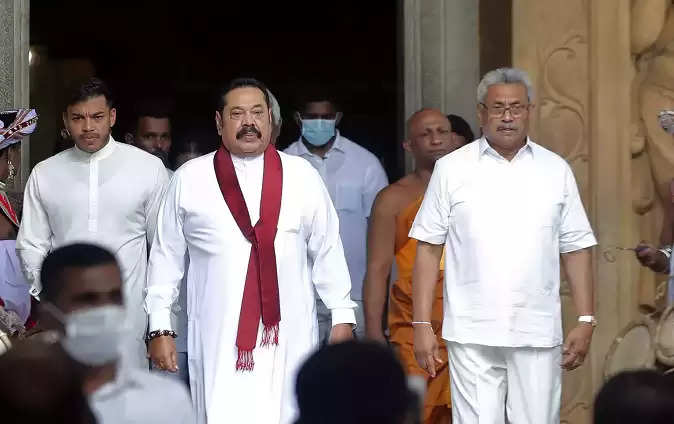 Facing heavy pressure to resign within his own Sri Lanka Podujan Peramun (SLPP), Rajapaksa, 76, had so far been mobilizing his supporters to press for him not to resign. Sources said that his younger brother, President Gotabaya Rapajakse, did not express his desire directly but wanted his resignation. The President wants his resignation so that he can form a government of national unity. This interim arrangement will remain in place till the current economic crisis is tackled. One of the country's leading news networks, Lanka First, quoted Rajapaksa as saying to his supporters, "I am ready to make any sacrifice for the sake of the people." There were indications that he would resign. Rajapaksa said this during a program organized at the Prime Minister's official residence 'Temple Tree' on Monday. The SLPP members gathered at his residence had asked him not to resign. Political sources said that the pressure of the opposition on the government led by Prime Minister Rajapaksa's younger brother and President Gotabaya Rajapaksa is increasing continuously. Sources said the President wants the PM's resignation to be helpful in forming a national government in the country. He is in favor of the interim government till the current economic crisis is resolved. Mahinda Rajapaksa has agreed to resign as Prime Minister of Sri Lanka at a special cabinet meeting at Rashtrapati Bhavan chaired by Gotabaya Rajapaksa, Colombo Page reports.

On the other hand, disgruntled leader of the ruling coalition Dayasiri Jayasekara had said that he might not resign outright. He said that the PM can say that he has no role in the current crisis. By doing so, he can cast the ball in favor of President Gotabaya to sack him. Minister Vimalveera Dissanayake has said that Mahinda's resignation will prove to be useless in dealing with the economic crisis. Influential Buddhist leaders have also pressured the prime minister and cabinet to resign to pave the way for an interim government. Jayasekhar said the 11-party coalition of the dissident group would hold further talks on Monday on ways to end the crisis. He is expected to form an interim government if Mahinda Rajapaksa resigns. 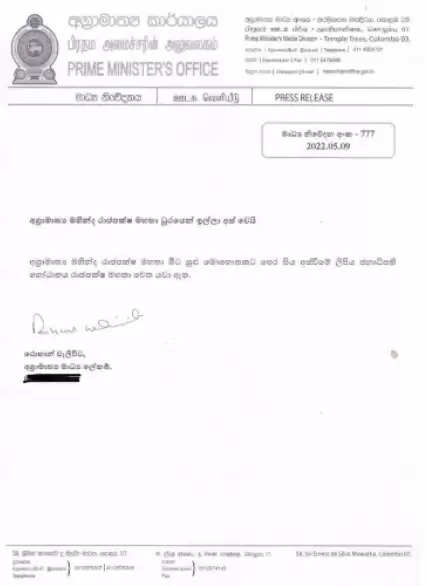 Anger erupted against PM
In the past, 72-year-old Gotabaya and Prime Minister Mahinda have refused to step down despite heavy pressure. Mahinda Rajapaksa, the mighty of the Rajapakse clan, had to face public outcry in Anuradhapur on Sunday. The people who took to the streets demanding to end the fuel, cooking gas and power cuts, demonstrated fiercely against him. The protesters want the entire Rajapaksa family to leave politics. Return the looted property from the country.

PM supporters attack on protesters, 16 injured
On Monday, supporters of PM Rajapaksa attacked the protesters. 16 people are reported to have been injured in the attack. The attack took place outside the PM's official residence. Rajapaksa appealed to the people to exercise restraint. There is a need to find an economic solution to the economic crisis, his government is committed to find a solution to it.