Sri Lanka Crisis: The economic condition of Sri Lanka is very bad, five killed in violence and arson, curfew in many places In Video 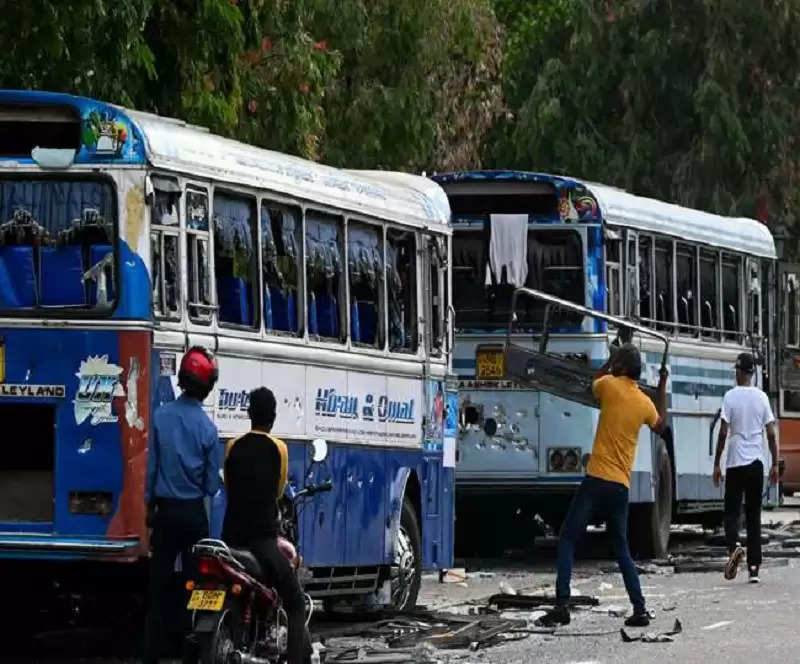 The economic situation of Sri Lanka is getting worse and worse. The situation worsened after the houses of several leaders were burnt on Monday. Given this, a curfew has been imposed in the capital till Wednesday.

Colombo (AFP). The economic condition of Sri Lanka is deteriorating continuously. There have been nationwide protests against the government for several days over this. The situation worsened after Mahinda Rajapaksa resigned as PM on Monday. Protesters who took to the street torched the ancestral home of the Rajapakse family in Medamulana, Hambantota. Apart from this, these protesters also set the houses of many leaders on fire. Five people also died when security personnel overpowered the protesters. Apart from this, about 200 people are also injured. The police had to make a lot of effort to control the protesters. During this, the police had to use force. On the other hand, the protesters threw petrol bombs at the police. After this incident, a curfew has been imposed in many cities including the capital. This curfew will be lifted on Wednesday when everything remains calm. Schools, colleges, and other government and private institutions are closed across the country.

The threat of civil war

The deteriorating situation in Sri Lanka is also constantly pointing toward the outbreak of civil war there. The government is proving completely unsuccessful in controlling the current situation. At the same time, the anger of the people is increasing continuously due to the shortage of food and drink in the country and the skyrocketing prices of essential things on it. The situation is that there is a huge shortage of medicines, food and drink, and oil.

Given the deteriorating conditions of Sri Lanka, India has sent other help besides financial help to it. Bangladesh has also failed to repay the loan given to Sri Lanka. Given this, Bangladesh has extended the loan repayment deadline of $ 200 million by one year. For this plight of Sri Lanka, the information is blaming the policies of the government there. Experts say that the way Sri Lanka built closer trust with China, the country and the people of the country is also bearing the brunt of it.

In the information shared by the government only recently, it was said that the inflation rate in the country increased to 21.5 percent in March. Sri Lanka is in touch with the International Monetary Fund (IMF) regarding a bailout package of $4 billion. According to a Reuters report, India has assisted with $ 2.4 billion to Sri Lanka this year.

What the experts say

Let us tell you that Sri Lanka's geopolitical analyst Asanga Abeyagoneskara had targeted China a few days ago, saying that he had heard for the first time that he would give loans again to repay the debt. He had even said that no information has been given to anyone about the condition on which this loan has been given. He had told the reason for this plight of the country in the past, the inclination of Rajapaksa's political party towards China. He said that Sri Lanka has become embroiled in maintaining close relations with China. In his view, there are three strategic reasons for this.