Rishi Sunak is backward in the race for the new PM of Britain! Liz Truss may become the next prime minister 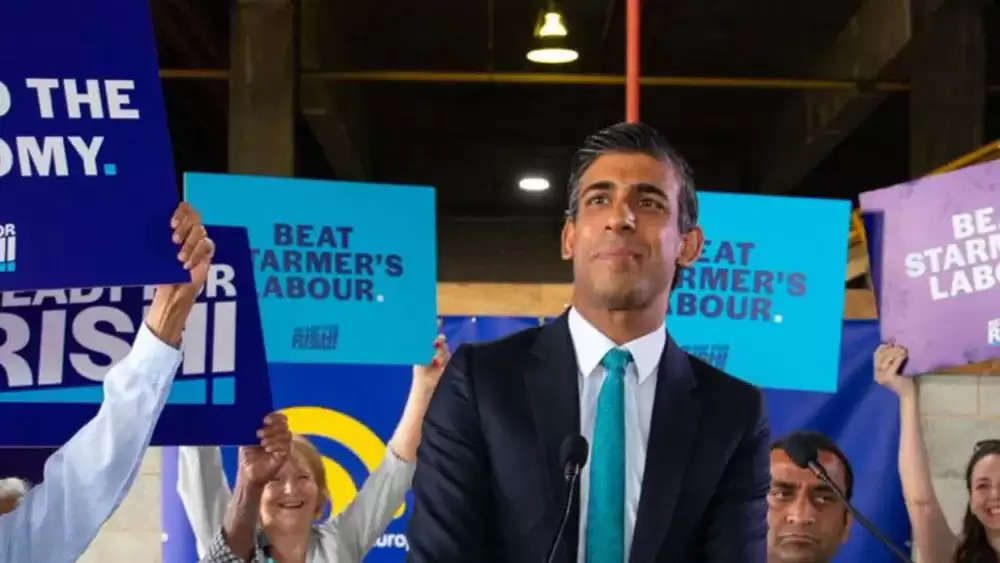 Only a few days are left for the announcement of the name of the next Prime Minister of Britain. For this top post of the country, Indian-origin contenders Rishi Sunak and Liz Truss are in competition. After a dozen election shows and three TV debates, Truss appears to be leading the way and is believed to be ready to take over as Britain's next prime minister. Conservative Party members will seal their decision today as the election schedule ends this evening.

In Britain, the results of the long-running campaign for the post of Prime Minister between the new Conservative Party's new leader and prime ministerial candidate former Chancellor Rishi Sunak and Foreign Minister Liz Truss will be announced on Monday next week. Prime Minister Boris Johnson will formally submit his resignation to Queen Elizabeth II the next day.

A postal and online voting campaign by nearly 200,000 Tory members began in early August last month, a month after Johnson's resignation was announced, and ended at 5 p.m. (1600 GMT) today. Truss is believed to have more support in the party than Sunak.

But after returning to 10 Downing Street after meeting the Queen in the Scottish Highlands, the leader to become PM could face a lot of pressure. The situation in Europe remains fragile due to the ongoing war between Ukraine and Russia. The prices of most things have gone up tremendously. Inflation has increased significantly in the UK.

Meanwhile, Rishi Sunak, a strong candidate for the post of PM, thanked his parents and wife Akshata Murthy for their cooperation in the last program related to the election campaign. At a program in Wimble, London, on Wednesday night, people raised slogans of Rishi-Rishi. It was clear from the warm welcome that Sunak, at least to these spectators, was at the forefront of the race to replace Boris Johnson as Britain's prime minister.

Sunak said, “This last election program is very special for me because two people who inspired me to join public service are here today – my mother and father.” After this, the camera turned towards his doctor's father Yashveer, and pharmacist mother Usha sitting in the front row. Sunak's wife was also sitting with him.