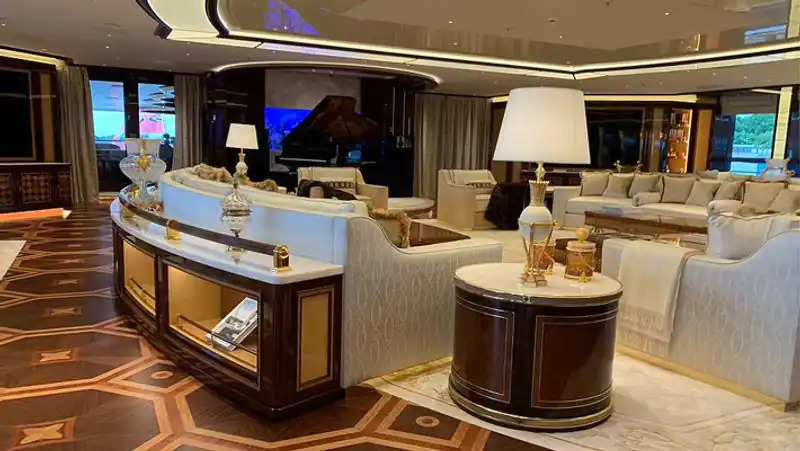 World News. The ongoing war between Russia and Ukraine has gone on for 73 days since 7 May. Meanwhile, a big incident has come to the fore. The Italian government has confiscated the luxurious superyacht Scheherazade of Russian President Vladimir Putin. Its price is 570 million pounds ($ 700 million). The Italian government ordered the seizure of this superyacht. This action has been taken due to sanctions against Russia after the invasion of Ukraine. According to Italian officials, the owner of this superyacht is Vladimir Putin. Scheherazade is over 450 feet tall. It has a spa, swimming pool, and two helicopter pads. An activist associated with the imprisoned Russian opposition leader Alexei Navalny says this superyacht belongs to Putin. The Italian Financial Police was investigating this superyacht since the end of March. However, Italian investigative officials did not specifically name Putin. Since September the grand yacht has been undergoing renovations in a dock at Marina di Carrara near Pisa. The announcement of the seizure of Superyachts was made out of fear that it might be sent to international waters to avoid the ban.
The ship's repair crews described it as a small floating city. According to him, it also has several swimming pools, a spa, a gym, and a theatre. 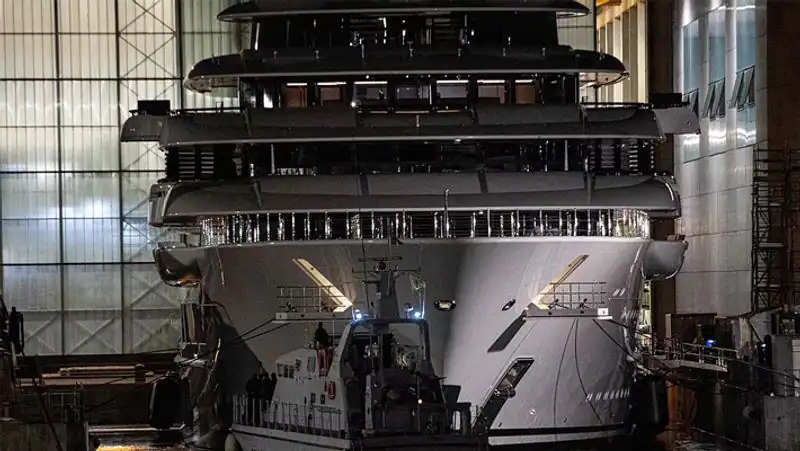 Mariateresa Levi of the Italian Financial Police told MailOnline: 'I am not in a position to tell you who the real owner is.' 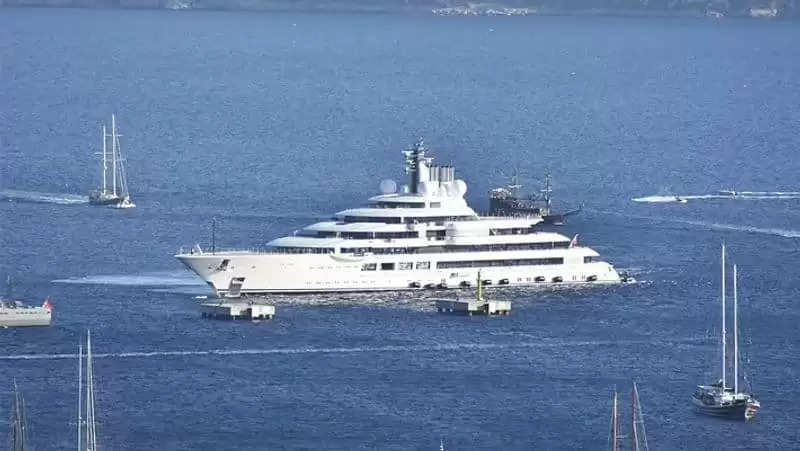 It is being claimed that the vessel may belong to a Russian oil tycoon Eduard Khudainatov, who has not been hit by the sanctions. He is the former chairman and chief executive officer of Rosneft, a state-owned Russian oil and gas business. Khudanetov is close to Putin's aide and Rosneft chairman Igor Sechin. However, an activist and investigative journalist linked to jailed Russian opposition leader Alexei Navalny claim it belongs to Putin. 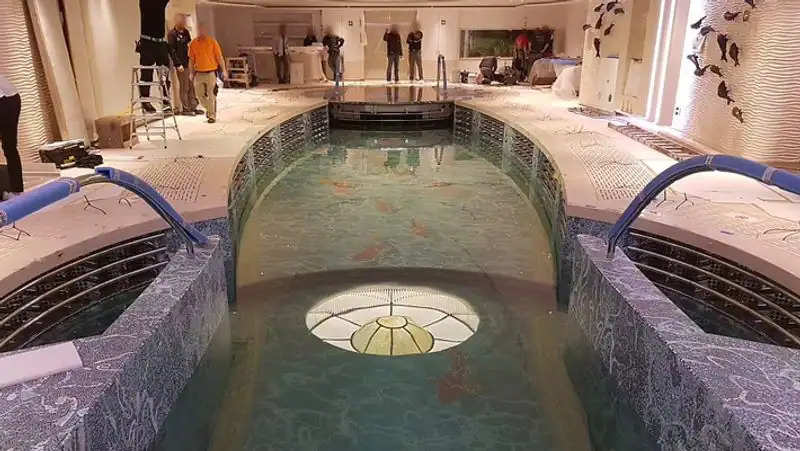 This superyacht also has a hospital of its own. The yacht arrived in port late last summer under the guidance of Captain Bennett-Pierce. Although they deny that Putin is its owner or has ever been on board. 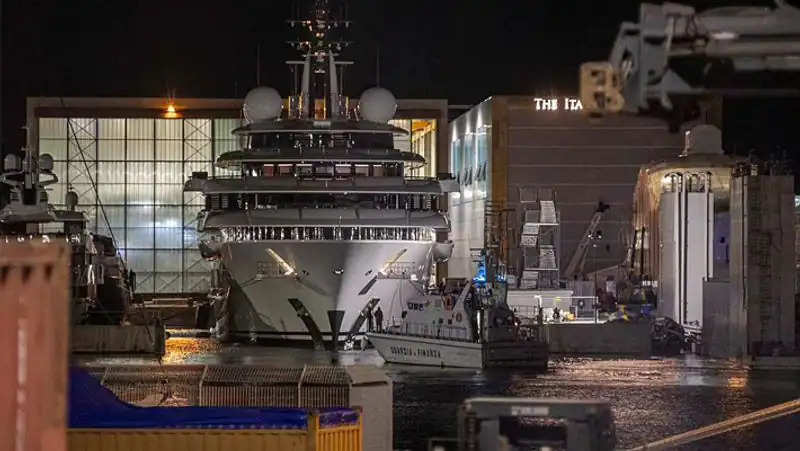 Paolo Gozzani, of the local CGIL Union, spoke to MailOnline in late March when the Russian crew was suddenly recalled from the Scheherazade. Then he said - 'From what I have heard, during the last few days all the Russian contingents were changed and now they are all British.' 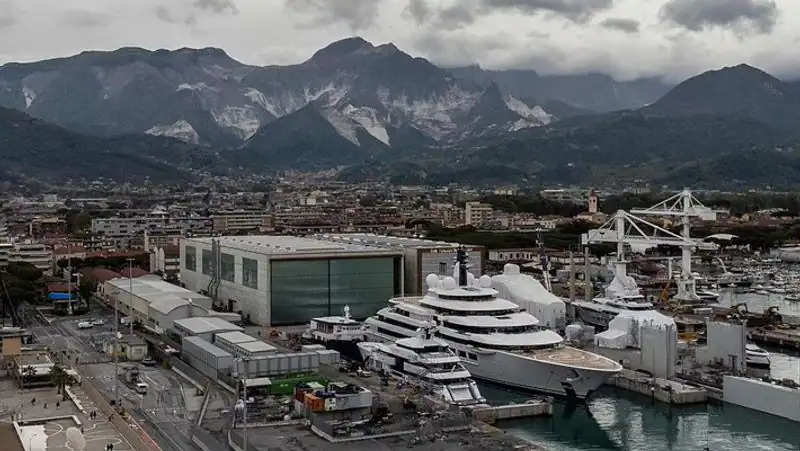 The yacht has room for 18 guests under nine luxury cabins. There are also rooms for 40 crew members. It was launched in 2020. Since then no one knows who owns it. 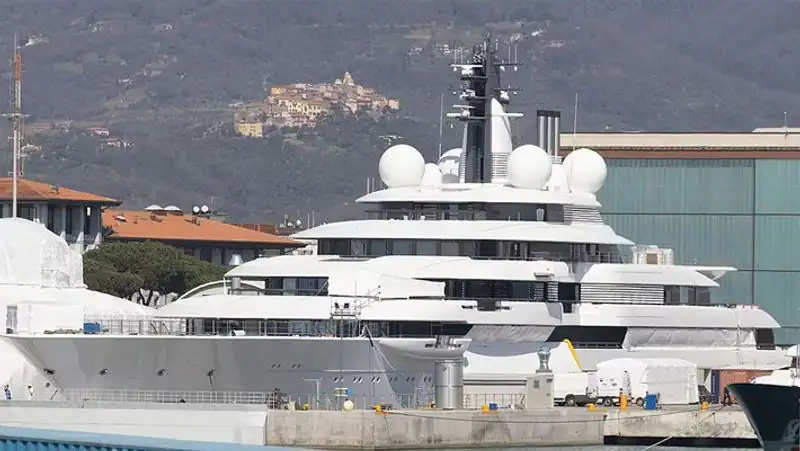 Whether this luxury superyacht belongs to Russian President Putin or not is a matter of investigation, but its grandeur is the subject of discussion around the world.