North Korean dictator Kim Jong again warned, said – if we threaten us, we will use nuclear weapons 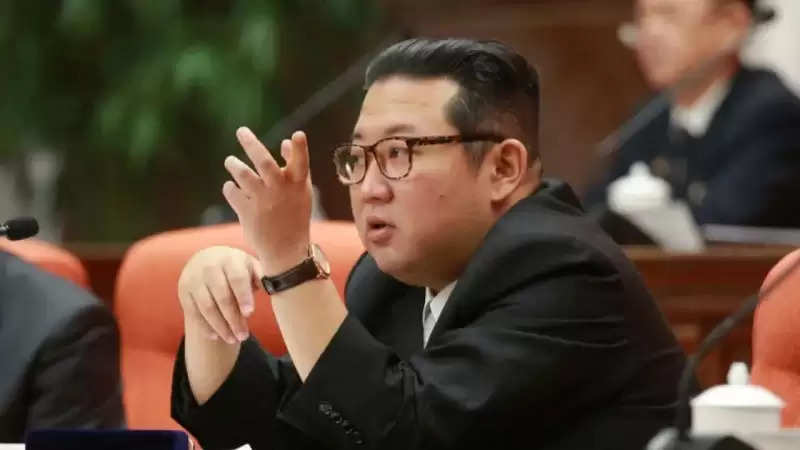 Dictator leader Kim Jong Un expressed his strong will to continue efforts to nuclear-arm North Korea’s military. Kim said this was necessary for a view of the ever-increasing nuclear threats from enemy countries.

North Korean leader Kim Jong Un (Kim jong-un) has once again warned that if his country is threatened, he will not use its nuclear weapons (Nuclear weapons) can be used before. The official Korean Central News Agency of North Korea (KCNA) gave this information on Saturday. Kim also praised his top military officials for organizing a huge military parade this week in the capital of Pyongyang. The parade was organized to mark the 90th anniversary of the North Korean military.

Kim has expressed a strong will to continue efforts to equip North Korea’s military with nuclear weapons. Kim said this was necessary in view of the ever-increasing nuclear threats from enemy countries. According to KCNA, Kim had invited military officers to praise the work of military officers at the parade held on Monday. North Korea displayed the most powerful weapons under its military’s nuclear program in this huge military parade. Intercontinental ballistic missiles were also displayed in the parade.

Earlier, in a speech given during a military parade, Kim Jong-un pledged to increase the country’s nuclear capability to ‘maximum speed’ and also threatened to use it against any country if provoked. This information was given by the government media. It is clear from Kim’s statement that North Korea will continue to test weapons in order to pressurize it to get concessions from America and other rivals.

Parade held in the capital of the country

“If any force, whatever it may be, tries to infringe on our fundamental interests, our nuclear forces will certainly go on their second mission,” Kim said. According to KCNA, a number of advanced weapons were displayed at the parade, including a missile potentially capable of reaching the US. Also tanks, armored vehicles, artillery and many rocket launchers were also seen in the parade.