Nepal Plane Crash: Wreckage of missing Nepali plane found, 22 including four Indians were on board, many dead bodies difficult to identify 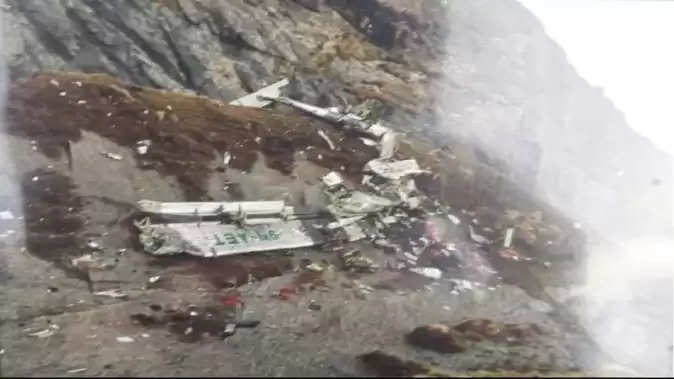 A small plane belonging to Nepal's airline Tara Air went missing on Sunday morning. The possible location of the aircraft has been traced by tracking the pilot's phone. Four Indian nationals were also on board the plane.

Amid bad weather, the Nepal Army on Monday morning discovered the wreckage of the missing aircraft at Sanosware in Mustang district. An army helicopter has reached the spot where a small plane of the local Tara airline crashed. A total of 22 people, including four Indian nationals, were on board the plane. The Twin Otter 9N-AET aircraft of Nepal's 'Tara Air' took off from Pokhara at 09.55 am.

A team led by Nepal Police Inspector Raj Kumar Tamang has reached the spot. Tamang said that it is difficult to identify some of the dead bodies. The Nepalese army on Monday morning found the place where the plane crashed. An army spokesman said in a tweet that relief and rescue teams have located the crash site of the plane. A 9 NAET double engined aircraft of Tara Air had crashed in Kowang village of Mustang district, hours after it went missing in Pahari district on Sunday.

Airport officials said the two-engined aircraft from Pokhara to Jomsom lost contact at 9.55 am on Sunday after it reached the Lete area of ​​Mustang. District Police Office DSP Ram Kumar Dani told ANI that the local people of Titi called us and told us that an unusual sound was heard as if there was an explosion.

Lamche crashed on the riverbank

The pilot tracked the captain's phone 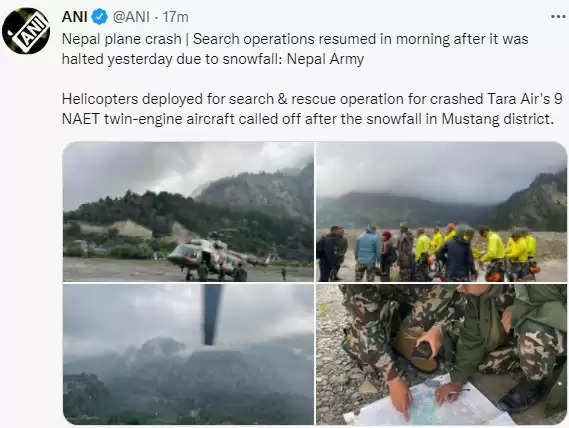 Four Indians were on the plane