India will be heavy on both America and China in Economic Growth Rate, IMF estimates an 8.2 percent 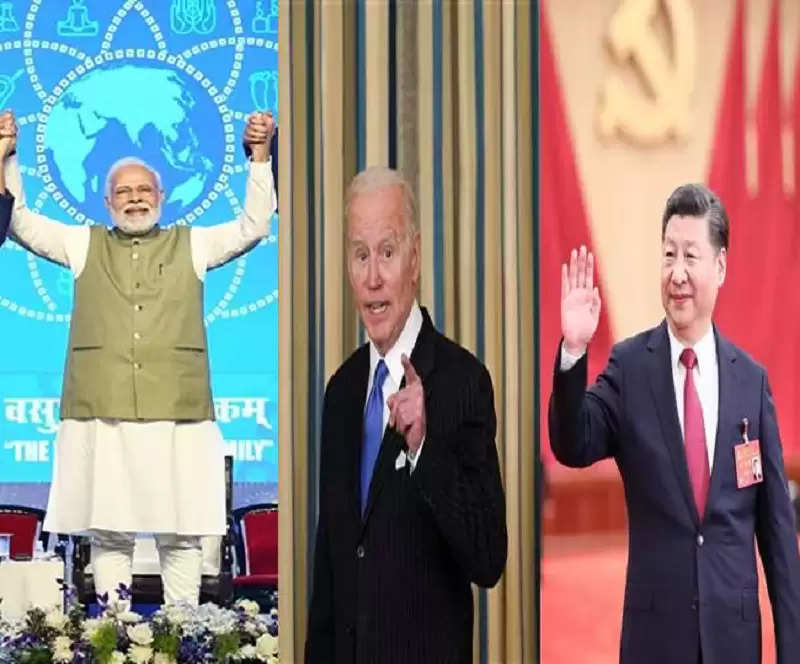 The IMF has predicted that China's growth rate will be higher than the US in the current financial year, while India will be far ahead of both these countries. According to the IMF's estimate, where China's growth rate is estimated to be 4.4 percent, America's will be 3.7 percent.

The International Monetary Fund has estimated that India's growth rate maybe 8.2 in the financial year 2022-23. This estimate made by the IMF is very special because India is far ahead of what it estimates about America and China. According to the IMF, the impact of the Corona epidemic and the Ukraine-Russia war can hurt America's economic growth.

One thing looks very interesting in the estimates made by the IMF. That is, China seems to be beating America on the path of economic growth. However, if we look at both countries, it is known that both are very worried about the corona epidemic. If we talk about China itself, then new cases are continuously coming up there. Corona cases are increasing continuously in Shanghai, which is called the financial hub of China. Because of this, Shanghai is still in the grip of lockdown.

At the same time, people in Shanghai are now bored with the lockdown and corona restrictions and are also protesting against the administration. At the same time, the latest estimate made by the IMF also becomes very special because, during this Corona period, the wheel of economic growth of China has turned faster than many countries. Raw materials have been provided by China to many countries for the development of anti-corona drugs and vaccines. Apart from this, due to many other reasons, the growth rate of China may be higher than that of America. On the other hand, if we talk about America, then there has been the highest number of deaths in the world from Corona. Apart from this, lakhs of people lost their jobs in America during the Corona period.