If Rishi Sunak could not become the Prime Minister of Britain, what would be his role in the government? 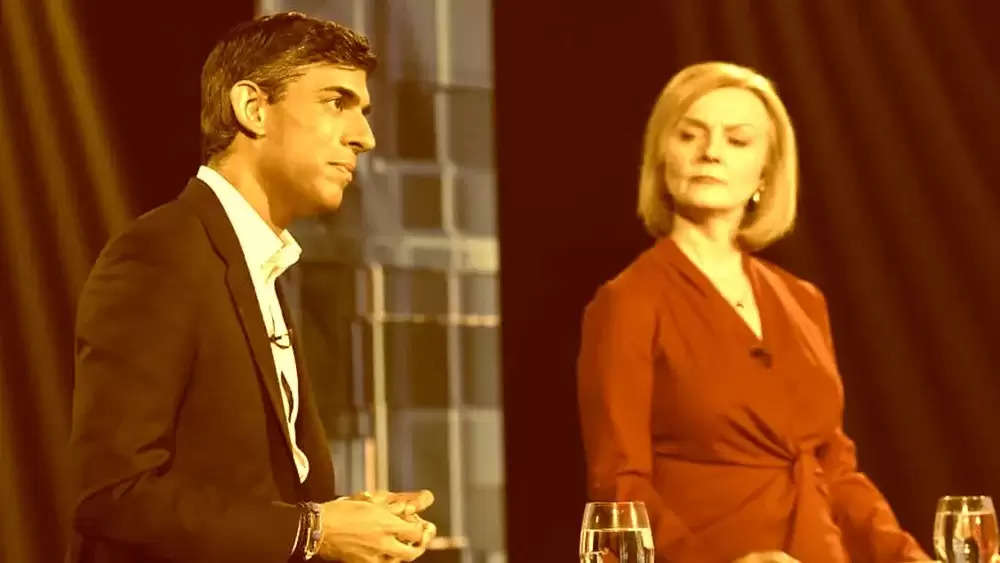 The election results of the new prime minister in Britain are just a little late. In a few hours, the picture will be clear whether Indian-origin Rishi Sunak will become the new PM of Britain or Liz Truss will lead the country. However, according to the British media, Liz Truss is almost certain to become the Prime Minister and perhaps Rishi Sunak is also aware of this. And so in the interview given to the media, he was seen talking about his role in the event of defeat.

According to the UK election process, the person with the most support as the leader of the Conservative Party will lead the party and he will be the next PM of the country. Most surveys of members entitled to vote in this race have expressed the possibility that Liz Truss will be elected leader. If this happens, Truss will be Britain's third female prime minister after Margaret Thatcher and Theresa May.

Sunak and Truss, who will become the prime minister of Britain will be announced on Monday at 12:30 pm local time. The question is that if former Finance Minister Rishi Sunak loses the election, what will be his role in the government, will he want to become the Finance Minister of Britain as before or will he want to take some other ministry or department?

Will cooperate with the government but…

Rishi Sunak and Liz Truss had a tough fight as the Conservative Party leader's contenders. Both were the most eligible top 2 candidates for this post. However, the victory was to be one and probably more support was in favor of Liz Truss in the final round. Had Sunak won, he would have been a British Prime Minister of Indian origin! Although the result is still a little late, the victory of Liz Truss is considered certain.

If Liz Truss becomes the Prime Minister, then the support of Rishi Sunak will also be with Truss. Sunak himself said this on Sunday. In an interview with the BBC before the results were announced, Indian-origin Rishi Sunak said he would continue to be a member of parliament after losing to former foreign minister Liz Truss. They will cooperate with the government, but will not play a major role. It is believed that he will not be a part of the cabinet of Truss.

Will you go back to the field?

Former British Finance Minister Rishi Sunak is an MP from the Conservative Party. When asked about his future plans, he said that he looked forward to supporting the Conservative government in any way possible. It is believed from his statement that he will not be included in the new UK cabinet, but will only support the government.

To a question whether he would consider taking the field again for a second time at 10 Downing Street in the event of a loss, Sunak said, "We have just finished this campaign and I have to recover from it." would be required.

His statement is being seen as an acknowledgment of his defeat. That is, 42-year-old Sunak also believes that he may not have got enough votes to win the election of Tory leadership. That is, after going so close to the PM's chair, he will have to return.

Challenges of the new PM

The UK economy has been badly affected. Corona has ruined it further. The most prominent issue is the rising cost of living due to rising energy and fuel prices in the wake of the Russo-Ukraine war. The winner of the PM's election in Britain will have to deal with the problem of skyrocketing electricity prices on an urgent basis.

According to reports, rising electricity bills may increase the risk of business closures and millions of people may be faced with the dilemma of choosing between cooking food or heating their homes in the coming winter.

Truss, 47, told the BBC that decisions regarding electricity bills would be important for the public and the economy. Truss has announced that she will give around £30 billion in tax cuts in an emergency budget by the end of this month if she becomes prime minister.