Food crisis increased due to the Russia-Ukraine war, India said in UNSC – we helped Afghanistan-Myanmar, fully committed to food security 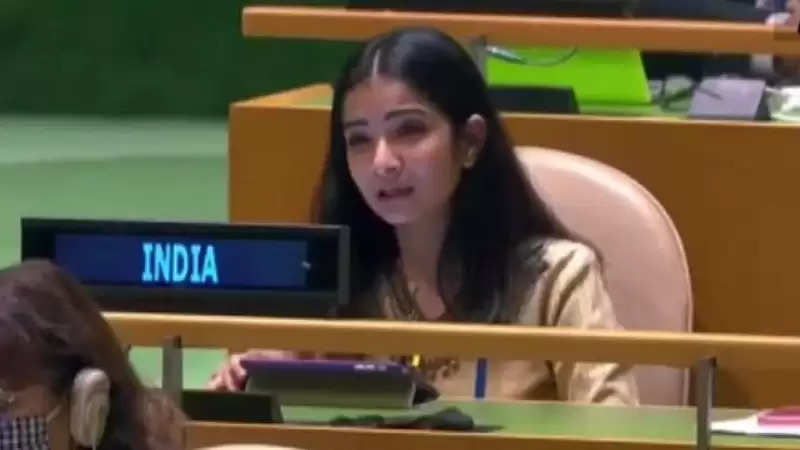 UNSC Meeting on Food Crisis: A meeting has been held in the UNSC on the conflict and food crisis arising out of the Ukraine crisis, in which India has said that it is fully committed to global food security.

Russia and Ukraine War (Russia Ukraine WarDue to which the food crisis is increasing all over the world. The United Nations Security Council on the conflict and starvation that emerged due to the war (United Nations Security Council) has had an area formula meeting. In which the first secretary of the Indian mission, Sneha Dubey, presented India’s side. He said that the food security arising out of Ukraine (Food CrisisWe needs to respond constructively to meet the challenges. The things that are lacking can be overcome by going beyond the hindrances that are tying us to the present. He said India had decided to give 50,000 metric tonnes of wheat to Afghanistan because of the deteriorating humanitarian situation. Similarly, India continues to extend humanitarian support to Myanmar. Under which he has been given 10,000 tonnes of rice and wheat. Sneha Dubey said India is fully committed to global food security. UNGA’s proposal to declare 2023 as the International Year of Millet is aimed at addressing food security challenges.

This UNSC meeting is being held at a time when the world is facing a food crisis for the third time in 12 years. Statistics from the World Food Program show that about 69 crore people in the world are forced to live without dinner. The war between Russia and Ukraine has exacerbated this crisis. Ukraine and Russia are two such countries, which are counted among the major exporting countries of wheat. While Russia accounts for 18 percent of the world’s wheat trade, Ukraine supplies 10 percent. About 25 countries including Egypt get more than half of their wheat requirement from these countries.

The problem in the supply of wheat

Now since the war is going on between these two countries, there are problems in the supply of wheat as well. Due to this, its prices have already gone up by 42 percent. This increase can go up to 50 percent. Most of the countries that import wheat are developing. The increase in its price is putting more burden on the poor. Countries around the world have also imposed sanctions against Russia, due to which trade in oil, gas, and coal has been hampered. This country is counted among the main exporters of fossil fuels. Due to higher prices, food items will also be expensive in India and most of the less developed countries.