Dragon threat: Chinese citizens are being harassed in the name of Corona, countries of the world should be careful otherwise 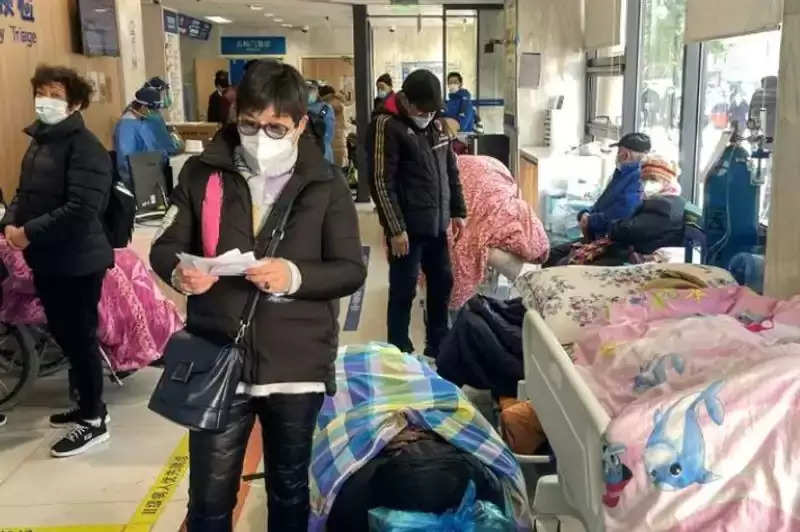 Covid cases in China: China has expressed its displeasure over the ban on passengers going from here to other countries of the world. China has condemned all those countries which have imposed restrictions on the necessity of the corona test. Dragon has threatened to retaliate on an even more dangerous level. All the countries of the world including America, Canada, France, and India have made RT-PCR mandatory for citizens coming from China and its surrounding countries. China is very upset with this. China has announced to end the quarantine in its country from the 8th of this January.

China said – its passengers are being targeted and harassed

Chinese Foreign Ministry spokesman Mao Ning said that some countries have banned entry by targeting only Chinese travelers. There is a lack of scientific understanding in these countries. Such practices of restriction are unacceptable to China. Such countries should know that China can also retaliate based on the sanctions imposed by them.

More than a dozen countries have banned

Given the outcry caused by Corona in China, more than a dozen countries have restricted travel. Not only this, Morocco has banned passengers from any country coming from China. Countries from which travel to China has been banned include Australia, Canada, Morocco, France, the UK, Spain, the USA, Japan, Israel, India, Italy, South Korea, and Pakistan. RT-PCR test has been made mandatory for passengers from six countries including China coming to India. Union Health Minister Dr. Mansukh Mandaviya informed that from January 1, RT-PCR test will be mandatory at airports for international arrivals coming from China, Hong Kong, Japan, South Korea, Singapore, and Thailand.

Amid the outcry caused by Corona in China, now the borders of our country have been opened to foreigners. Most importantly, the quarantine ban has now been lifted in China. Passengers from any foreign country or country will not have to stay in quarantine from January 8 onwards. Given the protests arising in the country, the Chinese rulers have taken this decision.

China's National Health Commission said that it will not give information about corona cases. Data on new cases of corona and death due to infection will not be released. The health agency used to issue a daily report of corona cases every day for the last 3 years. On the other hand, Soumya Swaminathan of the World Health Organization said that there are more chances of infection in China because most of the old population here has not been vaccinated yet. Not only this, the immunity of the people of China is very bad. Most of the population here is not vaccinated.

An Indian living in China has died due to Corona. The youth was a resident of Tamil Nadu. He has been identified as Abdul Sheikh. Abdul had completed his medical studies in China only. After coming to India on December 11, he went back to China a few days back for an internship. He was kept in the ICU after falling ill in China. The relatives are in touch with the Ministry of External Affairs.