China will get a befitting reply with the entry of INS Vikrant. The 'King' of the sea will increase the dominance of India 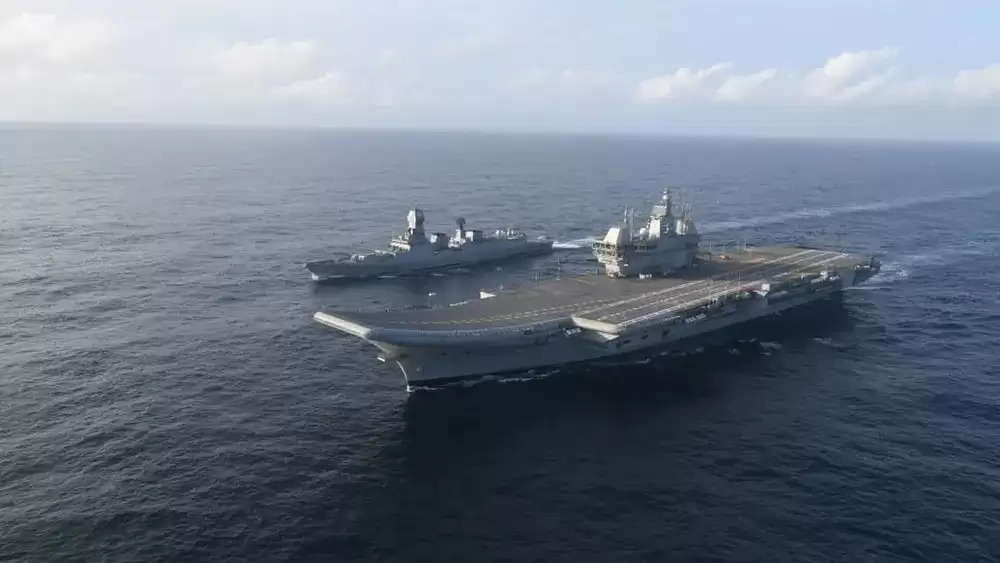 With the entry of INS Vikrant into the Indian Navy, the strength of the Indian Navy has become even stronger. On Friday, Prime Minister Narendra Modi dedicated it to the service of the nation. During this, PM Modi, while counting the merits of INS Vikrant, told how India is becoming powerful in the field of defense. Along with this, he mentioned many times about the Indian Ocean, Indo-Pacific, and maritime security, which shows that INS Vikrant will play an important role in security as well as diplomacy.

It is being speculated from Prime Minister Modi's speech that INS Vikrant and its entire team will demonstrate Indian dominance to other countries in the Indo-Pacific and the Indian Ocean. These countries are called the Quad Group, which includes countries like America, India, Australia, and Japan. The special thing is that as soon as Vikrant will be active in the Navy since then many tests will start, which will work to demonstrate India's military strength to the world.

It is believed that the deployment of INS Vikrant will increase peace, security, and stability in the Indian Ocean and Pacific Ocean region. In such a situation, soon the testing of MiG-29 fighter aircraft is also going to start on Vikrant and it will be ready for war by next year. It is being told that INS Vikrant with GE Turbine Engine will eventually be based at Visakhapatnam on the East Coast with a focus on Indo-Pacific. At the same time, INS Vikramaditya will project the force on the western coast of India.

Vikrant will also play an important role in answering China. Actually, it will join the army at the time when China is trying to encircle India from every direction through the sea route. Let us tell you that China is working in the Indian Ocean under its expansionist policy and is also building naval bases with different countries.