China deployed its most dangerous fighter jet J-20 in disputed areas, patrolling in the East-South Sea 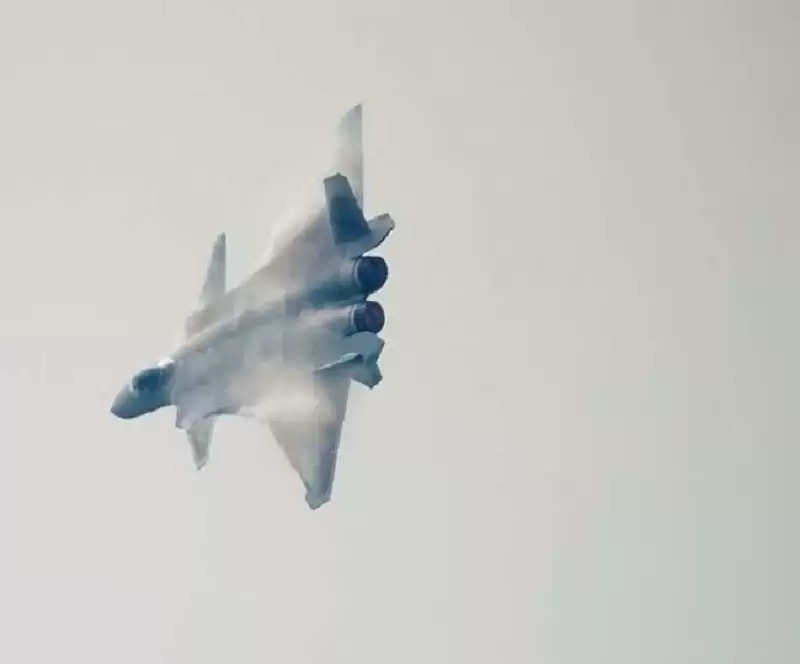 India's neighboring country China is continuously strengthening its army. Meanwhile, China has taken down its most dangerous fighter jet J-20. China's J-20 aircraft are patrolling in the East China Sea and the South China Sea.

This is not a new step for China. Last month, US Indo-Pacific Commander Admiral John Aquilino said China had completely militarized at least three of the many artificial islands it has built in the South China Sea. China aims to equip these lamps with anti-ship and anti-aircraft missile systems, laser and jamming equipment as well as fighter jets. Gregory Poling of the US thinks tank Center for Strategic and International Studies (CSIS) said that militarization matters most, as it authorizes China to do anything when the country is not at war.

According to the report of VnExpress International, China is now regularly deploying its navy in the South China Sea. Which has been territorially claimed in whole or in part by the six neighboring countries. China's Coast Guard patrols a dozen of its boats every day at Vanguard Bank, Second Thomas Shoals, Luconia Shoals, and Scarborough Shoals. About 300 Chinese military ships are found in the Spratly Islands each day of the year. This has been possible only because ships can use a wider group of islands as their further base of operations. The result is pressure on Vietnam, Malaysia, and the Philippines to exit the South China Sea.

The Spratly Islands bases were built between 2013 and 2016 and by 2018 most of the military infrastructure was dismantled. But by the end of 2018, the deployment of the naval, coast guard, and militia forces was at its current level. By the beginning of 2020, China began regularly deploying its patrol planes to the islands but did not deploy fighters.

According to Carlyle Thayer, Professor Emeritus at the University of New South Wales Canberra at the Australian Defense Force Academy, the militarization of the artificial islands has allowed China to consolidate its control over the South China Sea. Thayer said China can currently threaten military and civilian aircraft with its HQ-9 system, which flies at altitudes of 27 km within a 125-km radius of its artificial islands, and China can target surface ships up to 400 km. could. This capability should frighten coastal states, and in times of conflict, China can target enemy ships and aircraft that transit or take off.

Professor Herman Joseph Kraft from the University of the Philippines said China's militarization of some islands in the South China Sea has made it more possible for Beijing to have its coast guard and navy patrol the area. Joseph Kraft said that China would try to strengthen its hold on an artificial island on the Scarborough Shoal, which would not be acceptable to the Philippines. At the same time, Carl Schuster, a visiting professor at Hawaii Pacific University, said that the US has already predicted that China will militarise.