Biden Shaking Hands with THIN AIR: Trolled on social media, Biden started shaking hands with the air after the speech! 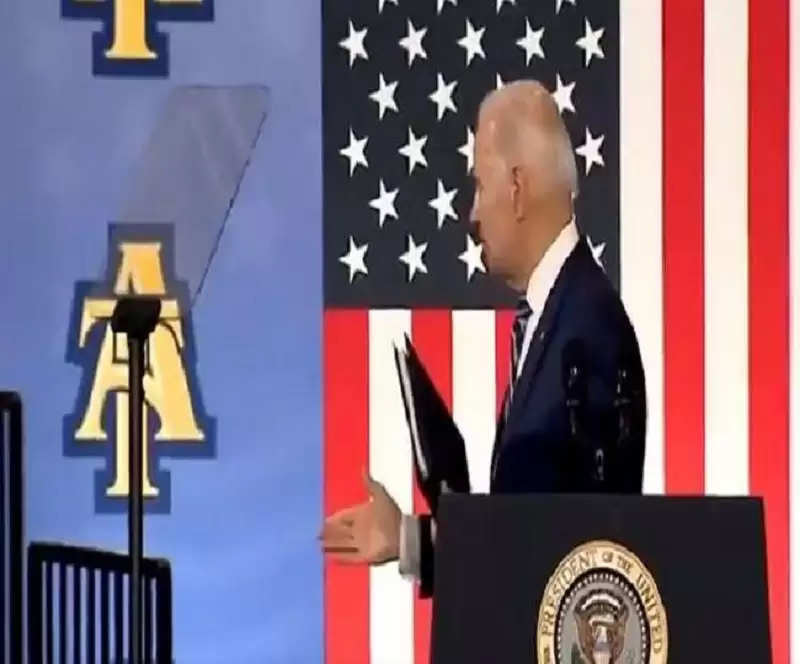 After his forty-minute address in North Carolina, US President Joe Biden turned to his right and extended a handshake but no one was there. His activity is being trolled on social media.

Washington, ANI. US President Joe Biden is going viral on social media. In fact, after forty minutes of his speech on the stage in North Carolina, the President turned to the right and extended a normal handshake, but there was no one there. This activity of President Biden started being trolled by users on social media.

Biden was not eligible for the presidency - social media

Why does Joe Biden always look so confused?

"Where are the White House and the Biden family, whose job it was to see how Biden would look on stage," said former California Republican Party chairwoman Harmeet K. Dhillon. Biden, 79, gave a forty-minute speech at North Carolina Agricultural and Technical State University in Greensboro, then turned to his right and spontaneously extended his handshake as if someone was standing there but not seeing anyone there. Have become. Rabi Starbuck, a politician there, reacted to Biden's activity. He said, 'Oh man. This person is not right for the President. Let us tell you that apart from Biden, no one else was present on the stage at that time. Biden's activity was criticized by his political rivals, including Senator Ted Cruz. He has posted an emoji on this video footage of Biden.

After Biden's video went viral on the social media platform, users are commenting fiercely. One of these users even described Biden as a patient of dementia. The opposition is also targeting Biden over his growing age. They say Biden is no longer eligible for the presidency. Let us tell you that in his address, Biden also said that he had worked as a professor at this university but never took any class. The Republican Party of the opposition is also making fun of Biden about this. The opposition has also questioned the President's power of speech and termed him politically weak.