Australian PM shared the picture of Chicken Korma made by himself, people said – what is this… the chicken is raw 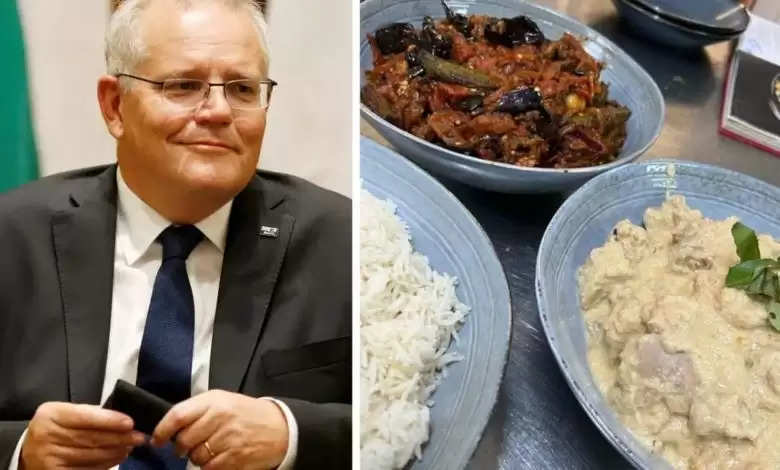 The Australian PM has shared a picture of his own made Chicken Korma on Facebook. But as soon as it went viral, people started counting the flaws in the dish made by them.

Australian Prime Minister Scott Morrison (Australian PM Scott Morrison) loves Indian food. That’s why sometimes they share the picture of samosas on social media, and sometimes they are seen making khichdi. But now the desi netizens have become angry after seeing the picture of the Indian dish she has shared. Scott Morrison Made his own Chicken Korma on Facebook (Chicken Korma) with Sri Lankan Tamarind Eggplant and Okra Curry (Okra Curry) shared a picture. But as soon as it went viral, people started counting the flaws in their dishes. People say that the chicken korma you are describing as delicious is actually raw and undercooked.

Scott Morrison shared a photo of the home-cooked dish on Facebook Sunday night, which consisted of a plate of rice and chicken korma with Sri Lankan tamarind eggplant and okra curry. which he himself made. Along with this, the Australian PM wrote in the caption, ‘Strong curry … Strong economy … Strong future.’ The rest of the dishes in the picture looked very tasty, but people were shocked to see the appearance of Chicken Korma. People say that the chicken is left raw. Some people have also talked about her being pink. At the same time, many people have expressed concern over eating raw meat. So let’s first see that post of the Australian PM.

So far more than 24 thousand people have liked this picture posted on Facebook. At the same time, more than 8 thousand people have registered their feedback on this. Many users have expressed concern about the Australian PM eating undercooked chicken meat. One of them, while replying to Scott Morrison’s post, wrote, ‘Pray to God that no one gets to eat raw pink chicken.’ However, PM Morrison also responded to people’s constant comments on raw and undercooked chicken and said, ‘I assure you that the chicken is cooked.’ Commenting on this, a user has written, It is clearly visible in the photo that the chicken is raw and undercooked.