Weather Update: Effect of Cyclone Gulab, rain expected in these states for next 2-3 days; Know- Latest Updates of Meteorological Department 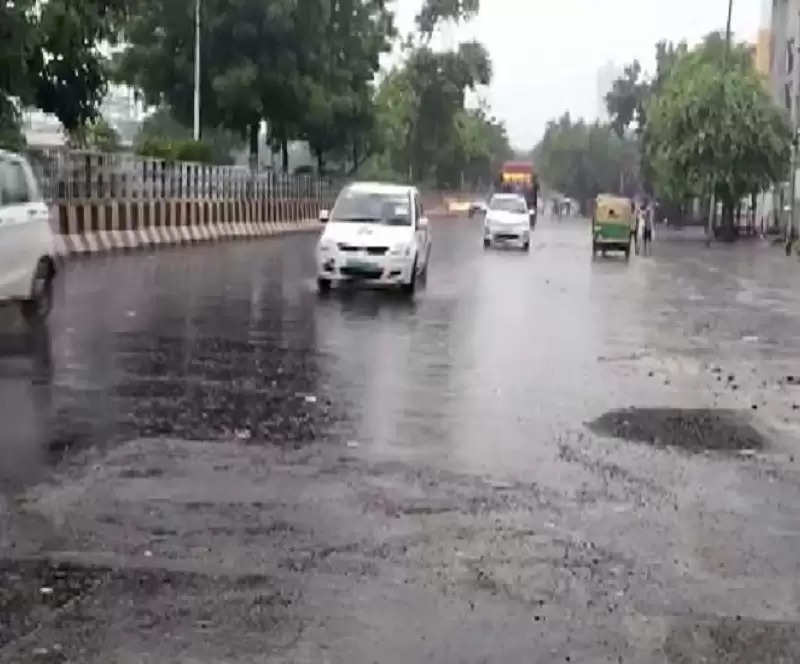 Cyclone Gulab has weakened into a deep depression over South Chhattisgarh and adjoining areas. The Deep Depression will move westwards and turn into a low-pressure area over Maharashtra. The Monsoon Trough is passing through Jaisalmer, Kota, Sagar, center of deep depression, and then moving eastwards across East Central Bay of Bengal. The Cyclonic Circulation lies over the East-central and Northeast Bay of Bengal adjoining Myanmar Coast. Due to this, there is a possibility of heavy rain in many states of the country for the next 2-3 days. According to the Meteorological Department, heavy rain may occur in Maharashtra, Madhya Pradesh, Chhattisgarh, Telangana, Andhra Pradesh, Karnataka. At the same time, Odisha's Special Relief Commissioner Pradeep Kumar Jena told news agency ANI that Cyclone Gulab is expected to move out of the borders of Odisha in the next 2-3 hours. It hasn't rained much. There is no report of any injury or damage.


Delhi, UP, Haryana, Rajasthan will rain in these areas in the next two hours


According to the latest information of the Meteorological Department, during the next 2 hours, Aliganj, Kasganj, Sikandar Rao in Delhi, Hodal in Haryana, Gurugram, Tijara, Rewari, Aurangabad and Alwar, Deeg, Laxmangarh, Rajgarh, Bayana in Rajasthan. There will be rain and thundershowers with light to moderate intensity in the areas.

Signs of rain in these states during the next 24 hours

The tremendous effect of Hurricane Gulab was seen in Madhya Pradesh. Due to this, most of the districts of the state received rain. The good news for the state is that due to incessant rains, the quota of normal rainfall has been fulfilled. The Meteorological Department says that the rain will continue for the next 3 to 4 days. The Meteorological Department has issued a yellow alert in 19 districts.

Rain warning in these districts of Bihar

The Meteorological Department has predicted rain with strong wind and thunder in some districts of Bihar and has issued an alert. The districts which have been put on alert include Gopalganj, Saran, Vaishali, Nalanda, Samastipur, Munger, Lakhisarai, Begusarai, Madhepura, Buxar, Bhagalpur, Khagaria, Saharsa, and Supaul. According to the Meteorological Department, rain has been predicted in some parts of these districts. People have been advised not to stay in the open and come inside pucca houses.

According to the Meteorological Department, there is a possibility of heavy rain in Kerala for 2 days. IMD has issued Orange Alert in Ernakulam, Idukki, and Thrissur districts of Kerala and a Yellow Alert for all other 11 districts for today. A yellow alert has been issued in Kozhikode, Kannur, and Kasaragod districts for tomorrow.