The new variant of Corona increased the tension, the centre told the states - do testing and screening of passengers 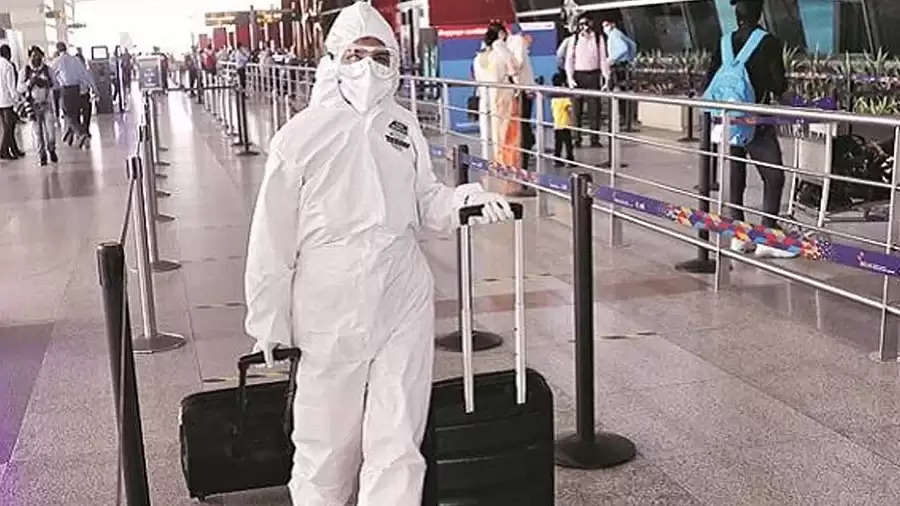 Union Health and Family Welfare Secretary Rajesh Bhushan have said that keeping in mind the recent relaxation of visa restrictions and the introduction of international travel, may have a serious impact on the public health of the country.

The Union Health Ministry has directed the states to start rigorous screening and testing of all international travellers to and from Botswana, South Africa and Hong Kong. Many cases of new coronavirus variant 8.1.1529 have been reported in these countries. It has been reported to be quite mutant. Talking about its global presence, the National Center for Disease Control (NCDC) has called it a variant of concern. It has also been said that India needs to keep a strict vigil.

Now according to NCDC, cases of COVID-19 variant 8.1.1529 have been reported in Botswana (3 cases), South Africa (6 cases) and Hong Kong (1 case). The possibility of this variant being quite mutant has also been expressed. Union Health and Family Welfare Secretary Rajesh Bhushan have said that keeping in mind the recent relaxation of visa restrictions and the introduction of international travel, may have a serious impact on the public health of the country.

Testing and monitoring is done in such a country

According to the letter, genome sequencing in India is being done in the country through the SARS-CoV-2 Genomics Consortium (INSACOG) and NCDC, which is the nodal agency of INSACOG. Its purpose is to track and monitor the transmission of 'Variants of Concern' of Kovid 19.

How many labs for sequencing are in the country

INSACOG has 10 Central Labs and 28 Regional Labs. They have been sequencing positive samples since January this year for variants of concern and interest. So that preventive measures can be taken by detecting new variants in time.

The Center also told the states

Bhushan asked the states to ensure that the samples of passengers found positive are sent to the labs of INSACOG immediately. It has also been said in the letter that the contacts of these international travellers should be closely monitored and tested as per the guidelines of the Ministry of Health. At present, the Delta and its other variants remain a cause of concern in the country.