The ruling party DMK has registered a landslide victory in the new nine districts created in Tamil Nadu. In the first phase of the two-phase elections, 39 unions were held on October 6, while in the second phase, elections were held in 35 unions on October 9.

Opposition party AIADAK accused the ruling party of violence
DMK President and state Chief Minister MK Stalin have said that this victory proves that the party has done a better job after coming to power for the last five months. Through this election, presidents and heads will be elected in different districts of the state, including the panchayat union, gram panchayat president, and other posts. On the other hand, the opposition party AIADMK has accused the ruling party of violence in the elections. Let's know other important news about the country ...

Legal aid is given to seafarers stranded in Iran: Center
Five Indian sailors stranded in Iran have been assisted by the Indian Mission and will be provided necessary assistance under the law. The Ministry of External Affairs gave this information to the High Court. The court has fixed the matter for hearing on December 21. 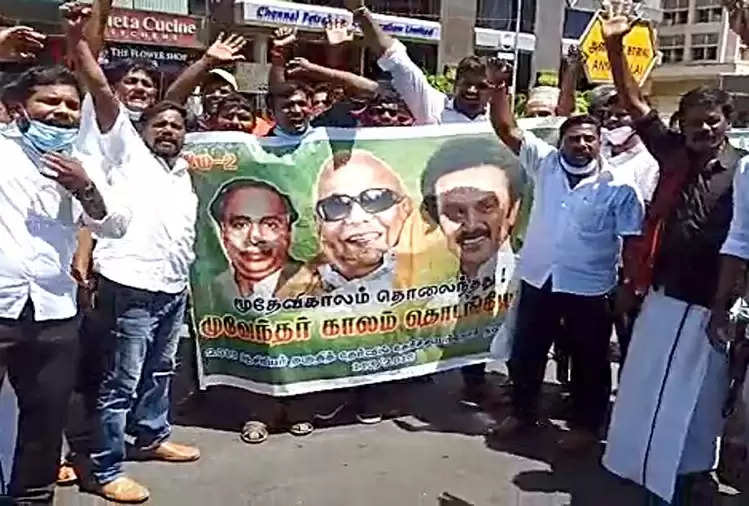 Justice Rekha Palli is hearing a petition filed by the families of sailors stranded there even after being acquitted by an Irani court in the conspiracy case. He has sought directions from the Ministry of Foreign Affairs to take up the issue with the Iranian government and bring them back.

The Center said during the hearing that the Indian Mission has provided boarding and lodging facilities to the five sailors. They are being provided with clothes, essential toiletries, and groceries on a weekly basis. The central government said the mission has managed the boarding facility with great difficulty, as none of the hotels were ready to provide accommodation without proof of identity.

NGMA Director-General Advaita Ganayanayak said on Wednesday that efforts are being made to acquire the artifacts of Air India. Recently we had a meeting with Air India officials. "Now the file (related to transfer) is with the culture ministry and we are hopeful that we will get it and display it in NGMA," he said.

Air India's art collection includes works by renowned artists including MF Hussain, Anjali Ela Menon, Jatin Das, SH Raza, VS Gaitonde, and KA Ara. Air India has been in consultation with the Ministry of Culture since 2018 on the conservation, maintenance, and display of the artifact collection. Some of these works date back to the ninth century.