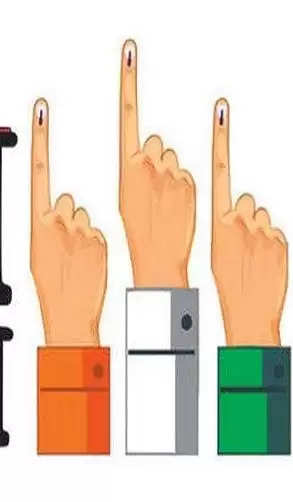 The fate of a total of 5826 candidates will be decided in the elections to be held for 200 Zilla Parishad members and 1564 Panchayat Samiti members of 6 districts of Rajasthan.

Giving information about this, Chief Electoral Officer and Secretary Chitra Gupta said that 653 candidates for Zilla Parishad members and 5173 candidates for Panchayat Samiti members will try their luck. He said that the filing of nominations for the elections to be held in six districts had started on August 11.

In Bharatpur, Dausa, Jaipur, Jodhpur, Sawai Madhopur, and Sirohi districts, polling will be held on 26 August for the first phase, 29 August for the second phase, and on 1 September from 7.30 am to 5.30 pm for the third phase. The counting of votes will start from 9 am on September 4 at district headquarters. The election of the Pramukh, Pradhan will be held on 6 September while the Deputy Chief, Vice President will be elected on 7 September.