Congress leader Priyanka Gandhi was seen sweeping the floor of a guest house in Sitapur after she was detained on her way to Lakhimpur Kheri in UP.

Priyanka Gandhi and a group of Congress leaders were taken into custody on Monday morning when they were on their way to Lakhimpur Kheri, where a group of protesting farmers was allegedly thrashed by the son of Union Minister Ajay Mishra on Sunday. After that 8 people died. Four farmers were reportedly killed after being hit by a vehicle, while four others were killed in the clashes that followed, leading to tension in the area. 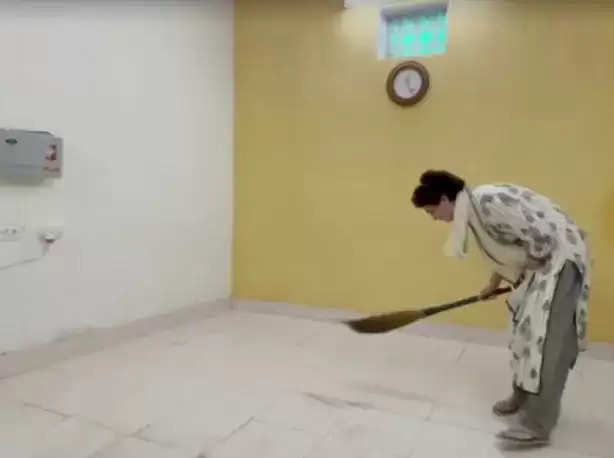 Priyanka Gandhi and other Congress leaders immediately left for Lakhimpur Kheri but were detained in Sitapur before reaching the violence-hit area. Priyanka Gandhi has now been kept in a guest house in Sitapur, where she was seen cleaning the floor of the residence.

In other videos shared by the Congress party, Priyanka Gandhi is seen arguing with the UP Police officials, who are demanding to see a warrant to justify her detention, while the party alleged that the leaders were arrested. He was beaten up during the altercation.

Meanwhile, an FIR has been registered against Union Minister of State for Home Ajay Mishra's son Ashish Mishra and several others in connection with the Lakhimpur Kheri violence. Farmer leaders claimed that Ashish Mishra was one of the cars that allegedly crushed some protesters protesting the visit of Uttar Pradesh Deputy Chief Minister Keshav Prasad Maurya.