Prayagraj: Mahant was waiting for whom to come before death 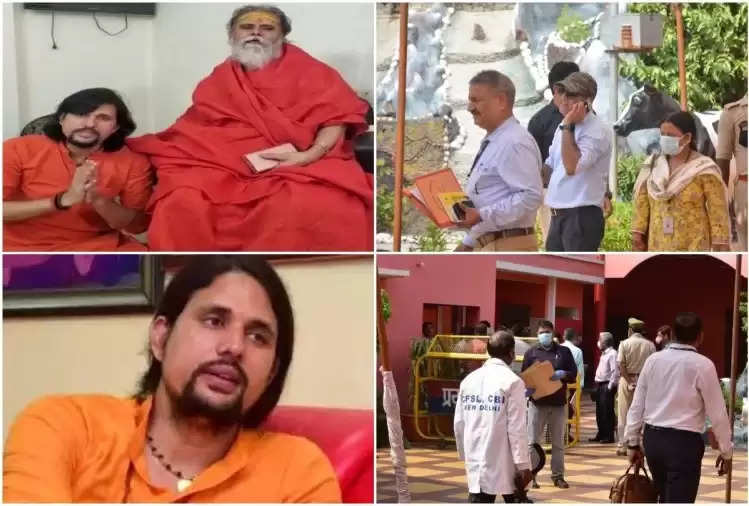 
To meet the same person, he had descended from his private room on the first floor and reached the visitor's room below. During this, he died. Who was that visitor? When and from where did you come to the monastery? Now it has become a challenge to unravel this secret.


The suspicious death of Mahant Narendra Giri in the CBI FIR occurred sometime between 12:30 and 5 pm on September 20. In the last CCTV footage of his room from the monastery, he was seen descending the stairs at 12:24 am. After breaking the door after five o'clock in the evening, the last talk of the Mahant was on the phone at around one o'clock in the day to Munshi Sarvesh Tiwari alias Bablu, who claimed to bring down the body by cutting the noose of a nylon rope around the Mahant's neck.

That is, by that time the Mahant was alive in the visitor's room. According to Babbu, it was only after having dinner at around 12:15 pm that the Mahant came downstairs to meet someone in the visitor's room. Didn't go up after that. Then he told Bablu and other close servants that someone is coming to meet you, you guys should stay around. But, no one is aware of the subsequent developments.

Apart from the main gate to enter the monastery, a road also comes from the college side. Somewhere the visitor and the people with him did not come to the monastery as death through the back way? The question arises that when and from where did that person reach the Mahant's room, why was he not noticed by the servants already under surveillance by the Mahant around there. 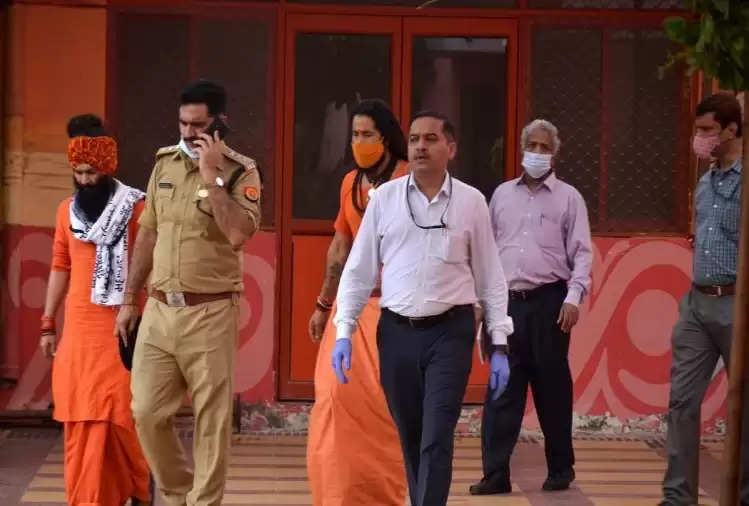 In the afternoon, when Mahant spoke on the scribe's phone, why did the servants and workers stay away from his room till evening? Why suddenly at five o'clock in the evening the need was felt to deliver tea to that room. Wasn't this an excuse to convert Mahant's death into suicide? After this long gap of four hours, the story of breaking the door, cutting the rope from the neck without the presence of the police, and bringing down the dead body is not being embraced by anyone. 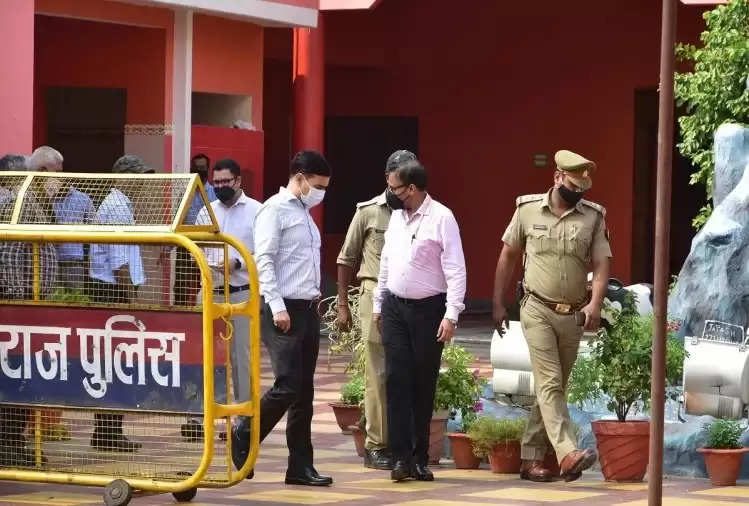 Prayagraj. Mahant Narendra Giri's last talk with the scribe of the monastery, who claimed to have removed the dead body by cutting the neck rope, was on the issue of electricity. Then he called himself and asked him about the light of the monastery. The Mahant wanted to know whether the light had come on or not. Because there was no electricity in the monastery from 12:16 to 12:58 that day. According to Bablu, he had told the Mahant that Maharaj's electricity has come.

After all, who gave information about the arrival of the visitor